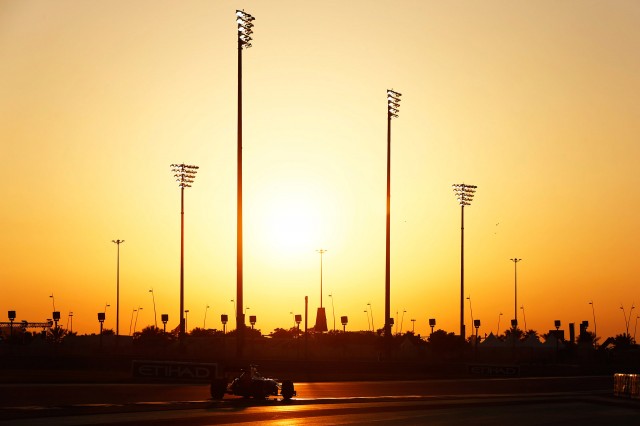 There were high hopes going into the 2018 season that the top teams would be more competitive. And in the first half there were plenty of great battles as Ferrari’s Sebastian Vettel and Mercedes-AMG’s Lewis Hamilton often traded places at the top of the Drivers’ Championship.

However, Vettel’s form unraveled midway through the season, with Hamilton ultimately going on to claim his fifth title, placing him in a rarefied league of drivers with five or more titles. The others are Juan Manuel Fangio and Michael Schumacher, with five and seven, respectively.

As for the Abu Dhabi race, it is one again being held at the Yas Marina Circuit, which features air-conditioned pit garages and the largest permanent lighting system in the world.

Fans still tuning in or actually attending the event can look forward to the spectacle of a twilight race, where the lights turn green during daylight and the checkered flag is waved at night. This leads to falling track and air temperatures over the course of the race, which in turn means the pace tends to get faster as the day goes on, a phenomenon that’s accentuated by falling fuel loads.

The track layout consists of 21 turns and three distinct sections that each put different demands on the car. The first corner is the start of a flowing sequence of bends, where cars and drivers are subjected to lateral acceleration of up to 4 g and speeds in excess of 155 mph. There are then two very long straights in the middle section and the last sector is tight and twisty and really works the tires. Pirelli has nominated its softest compounds in the range: supersoft, ultrasoft and hypersoft.

Going into Saturday’s qualifying session and Sunday’s race, Hamilton’s points tally in the 2018 Drivers’ Championship stands at 383 points. Vettel is second with 302 points and Kimi Räikkönen, who will be driving with Ferrari for the last time, is third with 251 points. In the Constructors’ Championship, Mercedes has 620 points followed by Ferrari with 553 and Aston Martin Red Bull Racing with 392. Last year’s winner in Abu Dhabi was Valtteri Bottas driving for Mercedes.

In other F1 news, Williams has confirmed that injured Polish driver Robert Kubica will make his comeback with the team in 2019. The 33-year-old will partner British rookie George Russell at Williams in the new season.