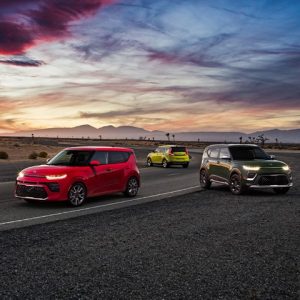 Although electric and self-driving vehicles have been getting a lot of attention from the media lately and they’re definitely something to look forward to, their popularity isn’t the only big thing going on in the automotive industry. In the past few years, there has been a major shift in customer preferences and the compact SUV market, which was previously a small niche, has been growing steadily. In 2017, the SUV market was valued at more than $25 million and it is estimated to exceed 35 million by 2023. But if initially traditional SUVs were getting all the attention, now compact SUVs, also called crossovers, are emerging as more affordable and stylish alternatives.

Led by manufacturers like Ford, Toyota, Kia, and Honda, this new trend has first emerged on the U.S. market and now it’s quickly gaining traction in Europe. Among the most cited reasons for the increased demand, we can see perks such as improved maneuverability, lower cost, and a more stylish design. When they came out, these crossover SUVs were generally targeted towards families but now they appeal to more categories of drivers, which begs the question: should your next ride be a compact SUV?

For many years, SUVs were all about practicality and heavy-duty requirements. People wouldn’t buy an SUV because it was pretty, they bought it for the passenger space, cargo room, and ability to drive on harder terrain. But if you’re looking for all of these things in a beautifully packaged exterior, you might love a compact SUV. Take the new 2020 Kia Soul, for example, which is one of the trending subcompact SUVs. Its exterior has been redesigned and now offers two-tone colorways, LED lighting, and 18-inch wheels. Among the notable 2020 Kia Soul Ex features there’s also a luxurious interior with heated front seats and power lumbar support. This way, even if you just do the groceries in this car or go with the family on weekend trips, you won’t compromise on comfort.

A smaller size also means more practicality in the city. If you live in a crowded urban area, finding parking spaces for a regular SUV can be a challenge, so compact versions do better in heavy traffic. Basically, if you’re looking for that perfect middle ground between a practical, spacious car that drives great both in the city and outside of it, this is it.

One of the key financial considerations when buying a new car is that the price you pay upfront doesn’t tell the full story. To make sure the car is affordable in the long run, you also need to look at things such as the cost of maintenance and, more importantly, fuel efficiency. SUVs are great vehicles, but rising gas prices made drivers look for better alternatives, which is where crossovers came in. Fuel efficiency is one of the most common reasons why SUV drivers switch to crossovers, but there are also many people who worry about the carbon footprint of fuel-hungry cars. As a result, many manufacturers are beginning to focus on hybrid and electric engine options and in the future, we could see more sustainable options.

Unless you’re an affluent car collector, price is probably one of your top concerns when looking for a new vehicle. For a classic SUV, prices usually start at around $21,000 and they go higher the more features you want to add. But if you’re not keen on owning a classic SUV, you’ll find crossovers to be a better deal. Because their unibodies are less expensive to manufacture and they use drivetrains from other vehicles on their lineup, manufacturers are able to keep prices lower. In time, affordability became one of the biggest selling points of crossover SUVs and companies are competing to launch well-equipped standard versions at the lowest prices possible. Then, drivers can choose to spend extra on various packages based on their needs. To cut costs even more, you can always take a used crossover SUV for a test drive. It’s a booming industry these days and you can find many amazing cars that work great, at a fraction of the cost. You may have to compromise on features, since older vehicles don’t usually have the latest safety and infotainment systems, but you’ll have yourself a spacious ride without spending a fortune.

One of the key selling points of crossover SUVs is their low starting price. However, if you’re not happy with the base options, you can always add more through special packages. Although these can raise the cost quite a bit, they allow you to personalize your vehicle with your dream features and in the end receive your car that 100% matches your lifestyle. For example, depending on whether you want to use your car for outdoor adventures or city driving, you can get more cargo compartments, four-wheel drive, or an engine for sporting performance. Fans of luxury vehicles can choose from a variety of interior finishes and if you’re a tech wiz, you’ll be able to add features such as advanced audio systems, wireless charging, and remote access via smartphone. Through these packages, it’s basically impossible to have features you never use, because you’re customizing your own car around your lifestyle and hobbies. So, whether you’re taking weekly camping trips or you need a reliable vehicle to drive the kids to school, there is a crossover SUV for you out there.