Your garden variety limousine is fancy, sure. But a standard limo is not going to make passers by theatrically remove their sunglasses and stare in slack-jawed wonder as it rolls past.

It’s a limousine —not a giant golden chariot drawn by six warrior maidens riding majestic snow leopards. There are limos out there though which are every bit as “holy crap” inducing as the aforementioned chariot. Not surprisingly, these next level limos also happen to be stupidly expensive.

While the rarefied air of these über fancy limos may be beyond the reach of most of us mere mortals, you can always check out your local limo companies to get to that cool destination in style.

Let’s take a gander at five of the most expensive fancy limos on the planet.
1. The Most Ridiculously Exclusive

Let’s begin our tour at the more modest end of unreasonable expensiveness by looking at the Toyota Century Royal. 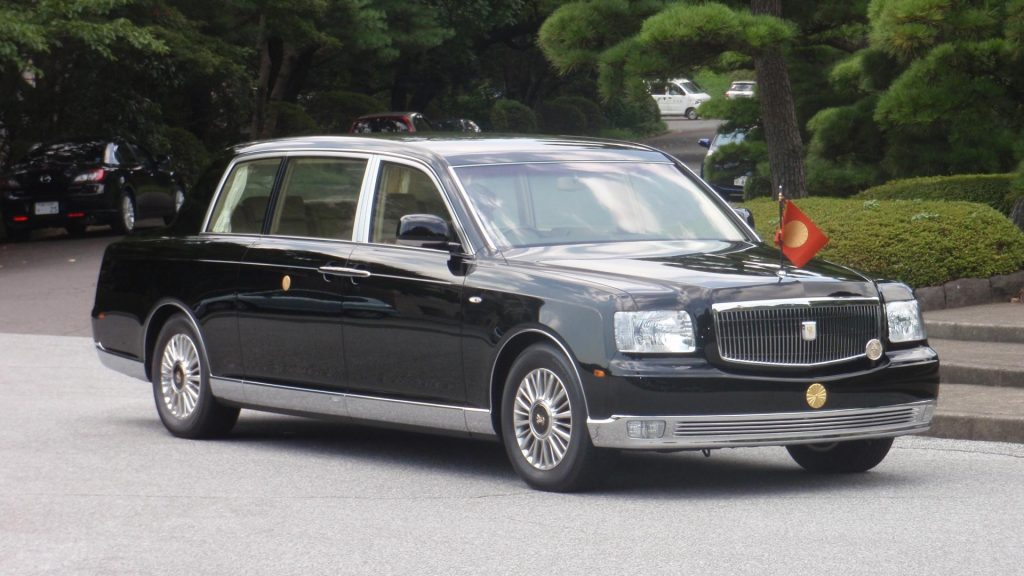 Pricing in at a mere $530,000, the Royal only costs about the same as a bog standard island off the coast of Belize—an entry level one where running water and hidden opium fields aren’t included.

The Royal doesn’t even have marble entry steps, opting instead for simple and unassuming granite. Unfortunately, the Toyota Century Royal is the official state car of the Emperor of Japan and it’s a one-off. Unless you’re in with the Big J, the chances of parking your tush on its genuine phoenix leather seats are about the same as Ernest Borgnine knocking at your door at 3am this morning wearing a crocodile onesie.

If you’ll just step this way, the next stop on this tour of vehicular opulence is the Aston Martin Lagonda Taraf. 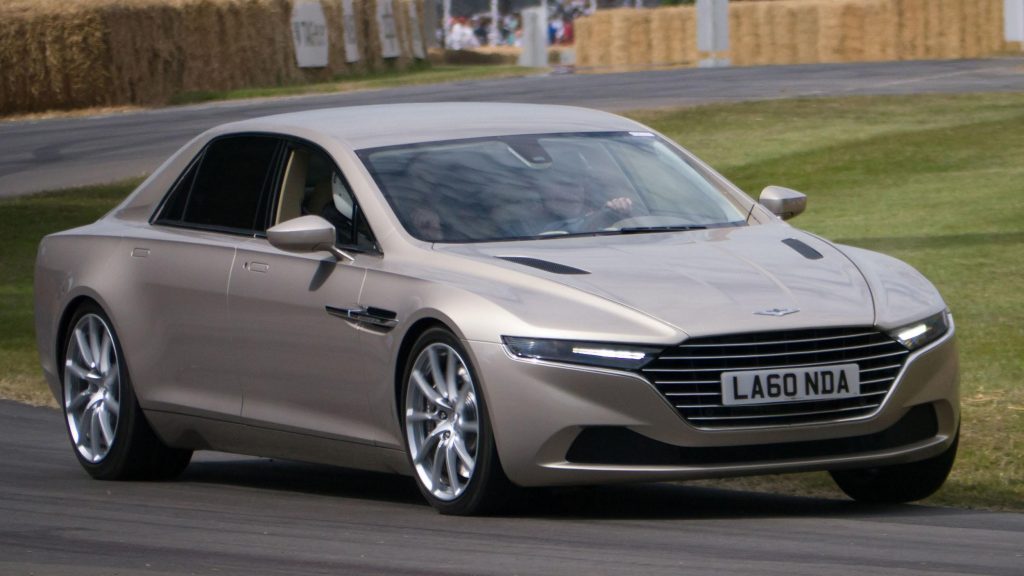 Squeaking into second place at a price tag of $1 million, the Lagonda will set you back about the same as a 15 day stay in the Royal Penthouse Suite of the President Wilson Hotel, Switzerland. This is an odd car. So much so that Aston Martin admits it’d be surprised to sell a single one of these babies in North America.

With 514 horsepower and a top speed of 195 miles per hour, this isn’t the kind of limo which tastefully just arrives without people noticing. Built with the specs of a sports car and sporting a topaz and gold exterior, this limo has all the muted and understated elegance of a bronzed casting of your granddad’s balls hanging over the family fireplace. Still, if you have a million to spend and an insatiable urge to double down on “LOOK AT ME!”, this may well be the droid you’re looking for.

3. The Blingiest (And Quite Possibly The Most Heinous)

You’d think we might have scaled the pinnacle of bling with this last offering, but this is not the case.
The Royal Million Euro Mini stakes that claim to fame. 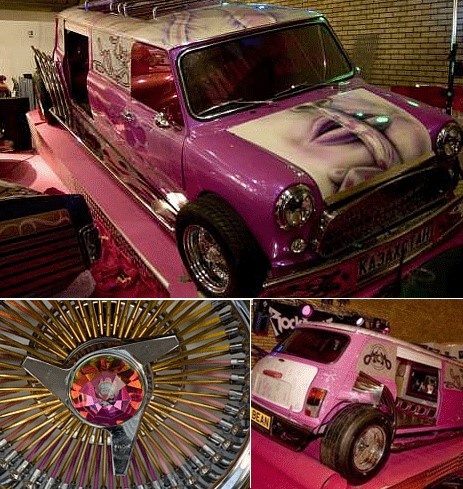 Built for the Crown Princess of Kazakhstan (who, just as an interesting bit of trivia, once kidnapped a popular Korean singer just to shake her hand), this vehicle sneaks in front with a price tag of $1.35 million. Which in fairness is really quite a steal for a stretch mini with a picture of a bona fide Kazakhstani princess emblazoned on the hood.

Much of the hefty price tag for this particular limousine can be attributed to the hand crafted wheels, each of which features a specially made crystal (because who wants a regular freaking crystal on their hot pink stretch mini with a picture of a princesses’ face on it). The rims are also coated with around 10 grand worth of gold, just to balance out the aforementioned custom-designed wheel crystals.

The only downside: the bodywork is studded with one million Swarovski crystals, making it a real headache to clean if you accidentally-on-purpose run over a peasant. 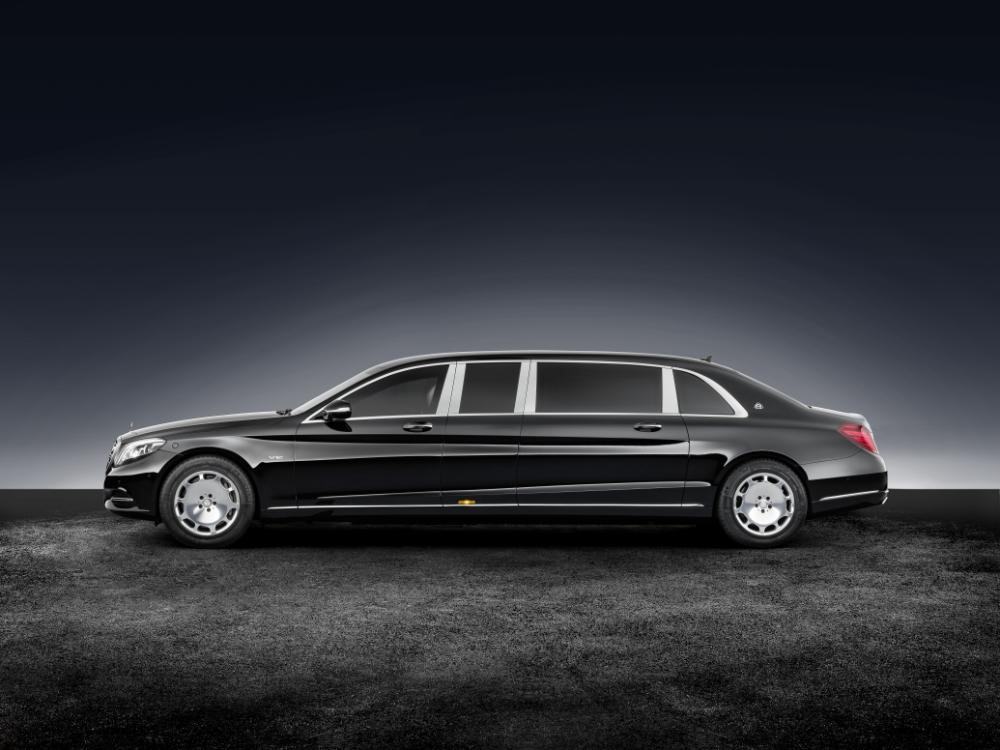 This beautiful car is built for heads of state, but not such swanky big-leader-on campus heads of state as Japanese Emperors and Kazakhstani Princesses. This car is for sensible heads of state who spurn such fripperies as handmade wheel crystals and crazy granite stairs.

Sure, it’s sufficiently armored to withstand a small bomb blast. Yes, it’s over 21 feet long, weighs over 5.5 tons and can produce the ridiculous grunt that is 530 horsepower. But these are mere statistics and specifications. The S-600’s claim to fame is its ridiculous, get out of its way style.

Then we get to The American Dream. 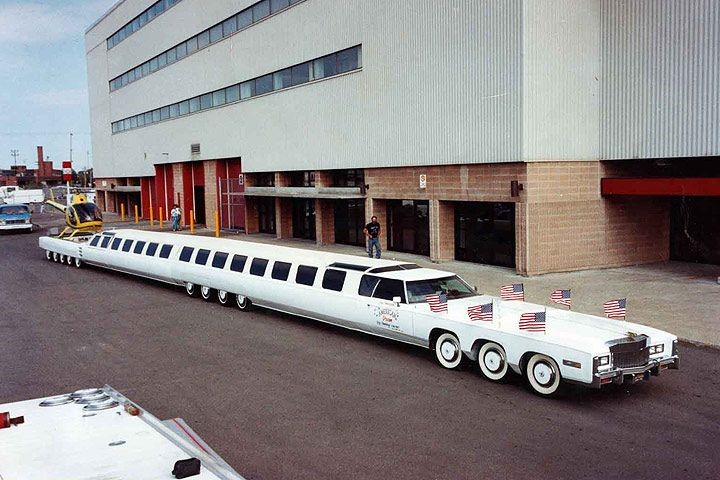 This 100 foot long limousine takes the idea of a long car with cool stuff in it, and stretches the concept to the very edges of absurdity—and then adds a few extra feet.

It has a heated jacuzzi. A swimming pool. A diving board. Oh and it has a helipad. I can wait if you just want to absorb that for a moment. The American Dream has to be one of the most outrageously opulent vehicles in existence and it has a piece tag to match at a cool $4 million. Just, for the love of god, don’t turn a black light on anywhere inside this thing.