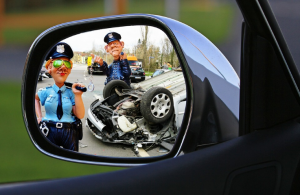 Every state in the U.S. deems driving under the influence of alcohol (or any illegal substance) to be a serious offense. Not only can it be dangerous to you and your passengers, but it can be deadly for others sharing the road with you. In fact, more than 10,000 people die each year in alcohol-related crashed in the United States. In addition to the potential bodily harm that it can cause, drunk driving can also lead to expensive property damage. Law enforcement agencies levy steep penalties against those convicted of DUI offenses such as jail time, probation, hefty fines, license suspension, mandatory installation of ignition interlock devices, etc. Florida DUI attorney Parikh, suggests that the ramifications of a DUI extend well beyond the legal sphere and can have devastating effects on your family, career, and finances. If you have been charged with a DUI, it is in your best interest to connect with a proven criminal defense lawyer as soon as possible. Learn more about the five things that happen if you get a DUI below.

In most states, a DUI is a misdemeanor offense. However, certain factors such as high blood alcohol concentration (BAC) levels, passengers under 18 involved, and the number of past DUI convictions can potentially attract a felony designation. In some cases, the expungement of your criminal record can be possible, but that is not likely in most states. Thus, a DUI can lead to a lifetime criminal record that can impact your finances, career, living arrangement, etc.

When convicted of a DUI, it is likely that you will be required to pay court fines. Depending on the state and the number of times that you have previously been convicted, fines can be as high as $10,000. In addition, once you have a DUI on your record, you will likely be required to pay for SR-22 car insurance (when you have the ability to drive again). If you are not eligible for a restricted license, your transportation costs may also increase. Essentially, a DUI conviction incurs a lot of costs, beyond the courtroom.

The American job market is highly competitive. Many companies require that current and potential employees pass a background check. While having a DUI on your record does not automatically deny you opportunities, it can certainly be a hindrance to obtaining the exact employment that you desire. In addition, professional drivers (i.e. truck drivers, delivery, bus drivers, etc.) are likely to lose their jobs if convicted of a DUI. Many companies abide by strict rules for safety as well as insurance coverage purposes.

A suspended license can have a devastating effect on your career, family, and overall well-being. In most states, if you are convicted of a DUI, your license will be suspended for six months to a year. Working with an experienced DUI attorney can increase the likelihood of decreased or dropped charges and potentially help you to keep your license. On a suspended license you would never be able to drive your vehicle to Relaxin in the Northwest.

Many judges will recommend that DUI defendants spend a substantial amount of time in drunk driving school. This is ordered so drivers can gain an awareness of the dangers and negative implications of driving drunk. In some cases, if alcohol abuse is apparent to the court, it will recommend an alcohol rehabilitation program as well.