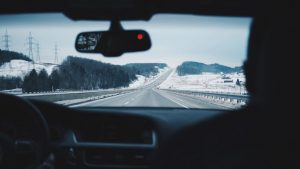 Unfortunately, the reality of car accidents that happen on interstates is that they will tend to be more severe than those on city roads. There will be much more of a likelihood that there will be property damage and injuries from these accidents. This occurs for a number of reasons that will be described below. If you have been injured in an accident, a car accident lawyer can help you get the compensation that you deserve. Here are some of the reasons why an interstate car accident is more severe.

More Trucks on an Interstate

The interstates serve many purposes. While we tend to think of interstates as the means for us to cover longer distances between cities, they are also the backbone of our country’s economy. This means that there will be many trucks on the road since the interstate system is their means of travel. Accidents that involve trucks will tend to be more severe than an average car accident due to the weight and size of the truck. Trucks also have blind spots that may be even more severe when they are traveling on an interstate. Statistics have shown that fatalities from truck accidents are on the rise. When there is a fatality in a truck accident, there is nearly a 75 percent chance that it will be the other driver who perishes in the accident.

When drivers are traveling down the interstate, they can be traveling at speeds of up to 80 miles per hour. Of course, this is the speed that they are traveling if they observe the speed limit. Chances are that they can be driving even faster than that. When there is an accident at a higher speed, there is a higher likelihood of severe injury and damage. The higher speed means that impact is likely to be harder due to the laws of physics. Objects at a higher velocity tend to collide with greater force. Higher speed limits do not necessarily cause more accidents, but they do cause more serious ones.  Not only is there a higher risk of significant damage, but there is also a greater chance of a single-car crash when drivers are traveling at higher speeds. This is when drivers will tend to lose control of their cars. Single car crashes cause more than 50 percent of the fatalities in road accidents.

Motorists who are traveling on an interstate may be behind the wheel for longer stretches since they are traveling between two destinations. In addition, they may also be traveling later at night so that they can take advantage of roads that are less congested. The same holds true for truckers who like to do their driving later at night because they can travel farther in the same amount of time. This means that drivers have higher odds of falling asleep behind the wheel. This is the reason for some of the one-car accidents that cause fatalities. In addition, drivers who are drowsy are less able to rely on their reflexes to avoid possible accidents. There are over 300,000 crashes each year that result from drowsy driving. Over 6,000 of these accidents result in at least one fatality.

When drivers are traveling at night, they depend on roadway lighting in order to illuminate the way. While some interstates are well-lit in all places. Many roads often do not have sufficient lighting to keep drivers in their lane at night. This may even more pronounced when there are long stretches of road that have a sudden change in direction. The roadway lighting is simply not the same when you leave the urban areas and travel on rural interstates. While the newer roads may have some reflective lighting on the roads, the older roads do not have either reflector or paint on the road that lights the way. When a driver loses visibility, they will tend to lose control of their car.

When there is construction on the interstate, it makes driving conditions more difficult for motorists. Often, there is not much time to adjust to different terrain or a change in speed limit. Drivers may find themselves having to slow down with little to no warning. In addition, there may also be debris on the roadway or construction workers near the side of the road. Motorists may also struggle with the fact that the lanes may be narrower, giving drivers less clearance room. Many drivers do not slow down as required when there is a work zone while other drivers do. When drivers are decelerating and others are not, there is a higher chance of a serious crash.

Motorists who are behind the wheel for a longer period may feel that it is safe to eat a meal or check their phone for a text. Of course, it is never safe to text behind the wheel of a car. Distracted driving has a higher statistical chance of causing a severe accident because cars can either swerve or rear-end the vehicle in front of them at a high speed. There may be a higher chance that there are drivers who either lose concentration or engage in another activity while they are driving on the interstates as opposed to on a local road. Distracted driving caused over 3,000 fatalities in 2017, which is roughly ten percent of the total amount of road accident fatalities.

If you have been injured in an interstate accident, contact a car accident lawyer to discuss your case and whether you may be eligible to receive compensation.