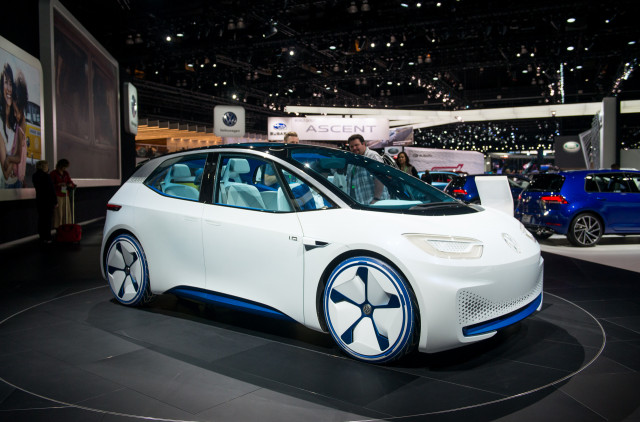 VW announces that its new electric lineup will be priced as low as gasoline vehicles. Tesla raises prices on Autopilot following a two-week free trial. Toyota hints that it may bring an all-wheel-drive Prius to market. And we look at the best deals for November. All this and more on Green Car Reports.

VW released a target price for its new entry-level electric car, the ID, of $21,000. That could make it competitive with gas cars, never mind diesels. The ID is based on an architecture that VW says will eventually underpin 27 new models and production of as many as 10 million electric cars, so the pricing announcement could pressure other makers of electric cars to bring their prices down.

Meanwhile Tesla is raising prices on its Autopilot driver assist system, following a 14-day free trial that has rolled out to many cars. Drivers sold on the new features during the trial will pay just $5,500—a $500 discount from the price they faced before the trial. If they don’t buy within 2 days after the trial ends, the price to activate Autopilot later will go up by $1,000.

Toyota teased a new Prius for the LA auto show coming later this month that will have smoother styling and may offer an all-wheel-drive option, which would be a first for the Prius in the U.S.

And we run down all the best deals on electric, plug-in, and hybrid cars for this month.

It may take quantum computing power to solve today’s traffic problems, Volkswagen says. The company is planning a new trial in Barcelona, Spain, which will anticipate the need for buses and taxis in “transportation hot spots” and reduce the number of buses and taxis circulating at other times and places in search of riders.

Finally, classic-car recreation specialist Icon has moved from adding Tesla power to a Derelict 1949 Mercury Coupe to a tiny and polished 1966 Fiat 500 Giardiniera. The car uses a 100-horsepower electric motor and 30 kilowatt-hours worth of a Tesla battery pack.