What Are Lemon Laws? 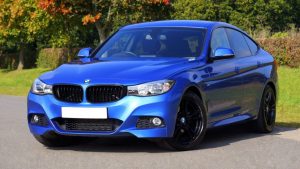 Lemon laws are state laws that typically require car dealers to repair a vehicle if it has substantial defects that the car buyer didn’t know about. Lemon laws don’t apply to little things like scratched paint, loose door handles or a rattling in the back of the car. Instead, it refers to serious problems that render the car unsafe, undrivable or worth far less than the person paid for it. This can include serious motor problems, unsolvable car computer error messages that kill the engine, and paint job problems that shorten the life of the car body.

What Can I Do If My State Doesn’t Have Lemon Laws?

Not every state has lemon laws, and those that do can vary in what they cover and what they require dealers to do. This is why a lemon law explained to you may be different than the advice someone heard in another state.

If a state doesn’t have a lemon law, know that there is a federal level law that gives the Federal Trade Commission similar authority to act; they can take action against car dealers selling cars with serious problems that they hid from car buyers. States that don’t have lemon laws may offer equivalent support to consumers thanks to laws that require car dealers to provide warranties for their vehicles and holds them liable for accidents if they sell a “lemon”

What Do You Do If the Car Is a Lemon?

First, document everything that’s wrong with the car. When did you notice the flakes on the paint, the noise from the engine, the bad smell inside the car or the check engine light coming on? Document anything you tried to do to fix it. This includes documenting any work done by a third party, such as when your car was checked out by a mechanic because of a warning light coming om However, the car should be taken back to the dealer as soon as possible, while the dealer needs to be given all of the information you have. This improves the odds that they can properly diagnose the problem, and it may be legally necessary for them to cover the repairs under their warranty.

On the flipside, if you try to repair the issue yourself repeatedly, they can say they aren’t covered by the lemon laws because the problems may actually be due to amateur car repairs. The longer you drive the vehicle, the less likely it is you can seek a remedy under the lemon laws. After all, racking up another thousand miles on the odometer proves the car was drivable and creates other excuses for why the car is malfunctioning.

The sooner the car is in the dealer’s shop, the sooner it may be repaired. If it isn’t fixed the first time, you can take it back a second and third time. However, lemon laws protect consumers from endless trips to the repair shop. These laws allow you to force them to either give you the car you bought in the condition you expect, a refund for the vehicle purchase or an equivalent vehicle. For example, after several failed attempts to repair the car, they should either give you your money back, a similar car, or let you keep it and give you enough cash to try to pay someone else to fix it. Odds are they won’t give you the lemon plus cash, but they should reimburse you for anything you reasonably spent fixing it. If you were in an accident because the car experienced problems at a critical moment, you may need to sue them for the repair costs, medical bills and other personal injuries you suffered.