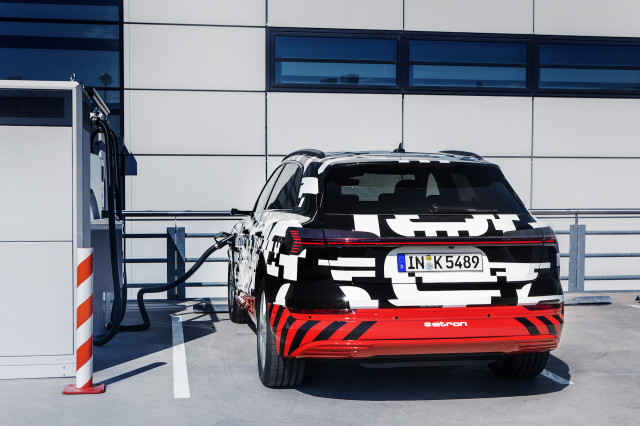 Audi has set a date for e-tron electric SUV orders. Infiniti drops the Q70 hybrid for 2019. Shale oil makes for a lousy high-octane fuel source. And we ask which modern electric car will be the first “classic” car in a new Twitter poll. All of this and more on Green Car Reports.

Order books for the Audi e-tron electric SUV will open on September 17, the brand confirmed. The SUV was originally supposed to debut in August, but CEO Rupert Stadler’s arrest pushed the date back.

We take a deep dive into why shale oil makes for lousy high-octane fuel and why it could present an obstacle for rising fuel-economy standards.

In our latest Twitter poll, we ask what modern electric car will become the first classic electric car in the future.

The Infiniti Q70 Hybrid is gone. The Japanese luxury brand will no longer offer the large sedan with a hybrid option, but other engine options solider on.

Fiat Chrysler Automobiles revealed it had no prior knowledge of the late Sergio Marchionne’s illness. He died last week at 66.