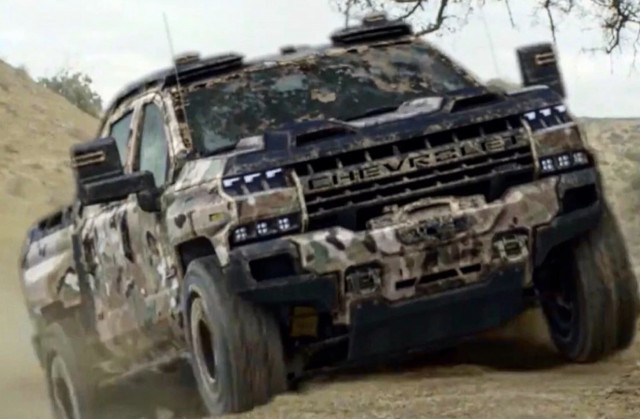 Hydrogen fuel cells may have a place on the battlefield.

That’s the conclusion that Chevrolet drew when it introduced the fuel-cell powered Colorado ZH2 for military use in 2016. We even had a chance to ride in it.

Now the company is doubling down on the strategy with a full-size fuel-cell pickup, the Silverado ZH2, which appeared on the brand’s military web page earlier this week after being shown at the 2018 meeting of the Association of the U.S. Army last month.

“The Silverado ZH2 is a concept and is on the GM Defense website because it was shown at AUSA 2018,” a GM spokeswoman told our sister site Motor Authority.

As a military concept, GM did not release any specs for the Silverado ZH2 to the press.

Military planners like hydrogen trucks because they can be used as stationary power sources, have a long range, can be refueled quickly, and have a low heat signature to foil enemy tracking. Troops can even drink the water from the tailpipe in a pinch. 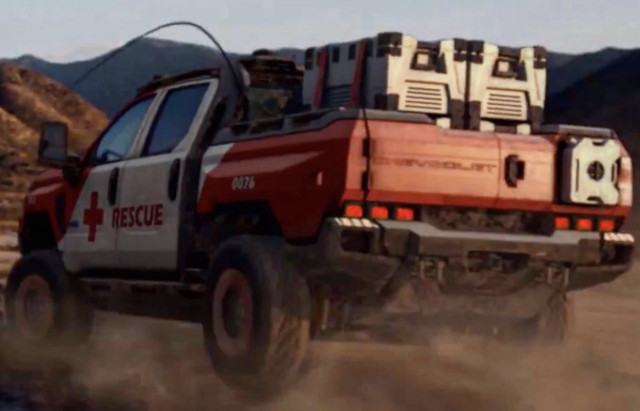 The Silverado ZH2 looks like concept drawings of heavy-duty versions of Chevrolet’s new Silverados with a modified bed with shorter side skirts, a barn-door style tailgate, and horizontal taillights that sit below it.

In the smaller Colorado ZH2, the modified pickup bed contained the hydrogen tanks, leaving only a tiny trunk behind the tanks. Basing the Army’s hydrogen truck on the larger Silverado could neatly solve that problem.