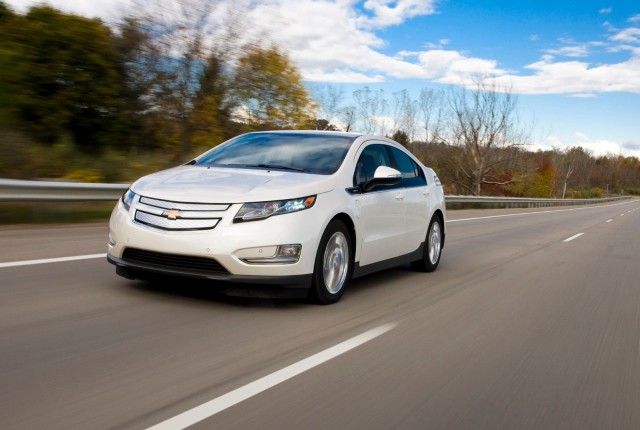 Plug-in hybrids can offer most of the environmental benefits of long-range electric cars with less cost for giant batteries or range worries.

So why don’t they sell better?

As our esteemed former editor John Voelcker regularly noted, consumers just don’t get them. As he concluded in his post wrapping up nine years of editing Green Car Reports,

“…more than seven years after the debut of the Chevrolet Volt, consumers still don’t understand what they are, how they work, or why they might be advantageous.

Consumers ‘get’ hybrids: They run on gasoline, but are more efficient, somehow. And they ‘get’ battery-electric cars: They’re cars you plug in, like mobile phones.

A lot comes down to marketing.

When Chevrolet first introduced the Volt, the best-known and most capable plug-in hybrid sold then or since, General Motors pleaded for—even begged—members of the media not to call it a plug-in hybrid.

READ THIS: 7 things we learned in 9 years, and where green cars are headed

The term didn’t poll well in their marketing surveys and focus groups, they said. They asked us instead to call it an “extended range electric vehicle.”

But then there was a kicker. The Volt wasn’t a plug-in hybrid, they said, because as long as there was a charge in the battery, the car would never (well, never under “normal” conditions) use gas.

Other plug-in hybrids then on the way, and almost all others since, have motors too small or battery outputs too low to provide maximum acceleration without also running the gas engine whenever the driver floors the throttle. The Volt doesn’t.

The admonishment had several catches, though.

– First, just because the Volt could be considered an “extended-range electric vehicle,” that didn’t mean it wasn’t a plug-in hybrid. What GM was really suggesting was that it was a new sub-type of plug-in hybrid. Many technically oriented publications (such as this one) had already been writing about the development of plug-in hybrids for more than a decade by the time the Volt came out, so it would have been confusing to readers to call the Volt something else.

– Second, there were still a lot of “abnormal” condition where the Volt did need to start its gas engine, such as in cold weather to run the heater, or to run its monthly maintenance cycle. How different were those really from other plug-in hybrids that ran the engine for power occasionally?

– Finally, (and this was our most minor concern), it turned out after much obfuscation from GM that the car did get some power directly from its engine under limited conditions.