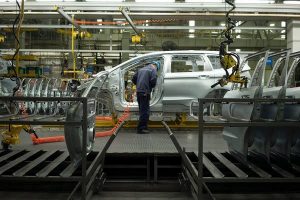 The deadly Coronavirus outbreak has crippled Chinese citizens and their very industrial capacity. China is a crucial player in the automobile global supply chain and economy, and the crisis has forced its authorities to extend the shut down of one of its main provinces.

Wuhan, which is one of the automobile industrial hotspots, has been affected the worst. Most of the auto parts that are used in today’s cars are manufactured here. As per UN data, China has shipped nearly $35 billion of parts in 2018. Out of which, $20 billion of Chinese parts were exported to the United States alone in the same year.

The situation gets further complicated because the epidemic outbreak at a very crucial time. While the Chinese economy plummets, debts have risen and people are not spending much. On top of that, the outbreak coincided right before the Lunar New year, the time when the Chinese usually splurge. Also, the automobile industry gives a respite to its workers in the form of a holiday, from January 23 to February 4th. This has given automakers the time to reevaluate the worsening situation. Holding such importance in the global market, after the outbreak, when China went into a shutdown mode when Wuhan got badly hit, several carmakers took drastic steps.

Honda recalled all personnel and workers. They also arranged one chartered flight, that was provided by All Nippon Airways, to fly them out. The PSA group, which runs three factories in partnership with Dongfeng Motor, had said that it will repatriate all 38 people as soon as possible. Hyundai Motors had to suspend production in South Korea due to the outbreak disrupting the supply chain.

China is a major supplier of parts to auto plants around the world, shipping nearly $35 billion of parts in 2018, according to UN data. Out of that, $20 billion of Chinese parts were exported to the United States alone in 2018, as per the Commerce Department’s International Trade Administration.

However, it has also been observed that the onus of the Chinese people returning back to work outweighs the risks of having to travel in closed confined spaces. This has resulted in other carmakers to announce their plans with their plants.

The German giants, BMW and Daimler have announced that their plants in Shenyang and Beijing will resume production on February 17th and 10th, respectively. Though, Fiat Chrysler hasn’t felt any disruption yet ‘cause of their confession that their European plants might struggle with production in the next two or three weeks if their supply chain gets disrupted.

Ford, who has been struggling for quite some time now has not revealed any data of yet but, has announced that it will resume production on February 10th. Ford has two factories in factories in Chongqing and Hangzhou with joint venture partner Chongqing Changan Automobile. Suzuki plans to source its parts outside of China for the outbreak has affected the supply chain to its factories in India, which one of their main market.

Nissan, who had suspended their production has confirmed that they will resume on February 10th. However, there Hubei plant will resume production later. Both Toyota and Valeo (French car parts maker) have chosen to remain shut down for they are not experiencing any disruption in their supply chain, as was reported in Reuters.

Tesla has delayed the delivery of their Model 3 sedans because its Shanghai plant has been closed due to the outbreak. They have also declared that the shutdown has hit their profit margin slightly and are also re-evaluating if there supply chains to there Fremont plant in California will be affected or not.

After analyzing the situation, experts claim that the global auto industry hasn’t seen the full impact yet because the plants had been scheduled to close for the lunar new year. Many assembly plants had an extra inventory of parts before going into the holiday. Though the shutdown was extended by a week due to the outbreak, most plants haven’t run out of Chinese parts yet, but that can’t last.