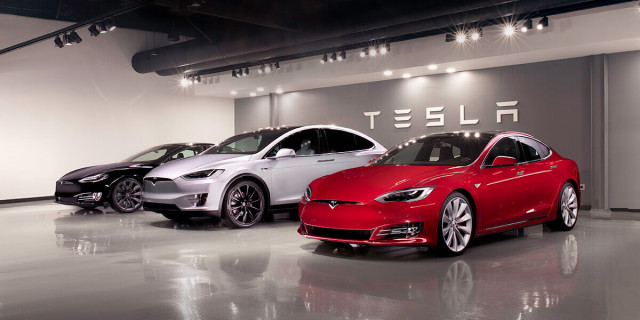 Two weeks ago, Tesla announced it was closing all its stores and move all sales online, where the company does most of its business anyway. Last week, it said it would reopen most of them.

That led us to wonder whether Tesla stores are still relevant.

To gauge the answer among our own readers, our Twitter poll last week asked, “Do Tesla stores still matter?”

We rarely get an absolute majority in our Twitter poll results, but this week proved the exception, with 56 percent of our respondents overwhelmingly saying they do, for consumer education. Tesla is trying to sell, not just a car, but a whole new technology that comes with its own new ecosystem of support and features. And while customers can learn everything they need to know online, it’s likely faster and more reliable to hear it from a Tesla rep while standing in front of, or even sitting in a car.

Add that to the 17 percent who said “Yay, for long test drives,” and a total of 73 percent sounded off in favor of the need for Tesla stores, even in the 2019 internet age. Tesla is offering a seven-day money back guarantee to assuage any concerns buyers might have about not having an opportunity for a test drive. Even with stores reopened, we’re told that test drives are being kept to a minimum.

In all, only 27 percent of respondents no longer think Tesla stores matter, 20 percent because the company has no problem with brand awareness. “Everyone knows Tesla,” as our poll choice suggested.

The other 7 percent chose, “Stores, not in my state.” States that don’t allow Tesla to operate stores are something of a wildcard. Customers in those states have been buying cars online anyway, and it doesn’t seem to have slowed many down, which may have given rise to the idea of closing stores in the first place, at least in part. Traditional auto-dealer trade groups have gotten laws passed in quite a few state legislatures to ban Tesla stores under state franchise laws.

As always, remember that our polls relate only to the group of our Twitter followers that answer them. They don’t provide a scientific sample size and the group is self-selected, so they are not a reliable basis for business decisions—by Tesla or anyone else.