Ever since the invention of the motorcycle, it’s been associated with a myriad of features and personality traits. It’s quite hard to not like riding a motorcycle thanks to its lighter impact on environmental damage, convenience, appearance, and many other factors. The learning curve of a motorcycle should always be approached delicately and safely as its less forgiving in terms of safety compared to its 4-wheeled counterpart. After the Second World War, road networks became more developed and interconnected, this in addition to  improvements to motorcycle engines helped the ignition of the widespread love for motorcycles. A hefty percentage of populations around the world rely on motorbikes for transportation thanks to their convenient price and traffic-friendliness.  So much so that Harley Davidson golf carts have been produced. 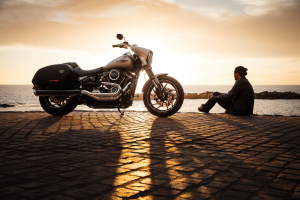 Just like with any other vehicle, your safety can’t be dependent on only safety gear, but it’s also about abiding by traffic laws. As one motor vehicle lawyer puts it, “a crash can change your life in ways you could never have imagined.” A lot of long-term bikers can tell you how important motorcycle safety gear is, and everyone will probably have a story about how it saved them from injury and, sometimes, even death. We’ve compiled a breakdown of everything you should know about motorcycle safety gear.

Helmets are amongst the most important safety equipment items for riding a motorcycle. Some people believe it’s fashionable or cool to not wear a helmet, but that’s a grave mistake. Not only is it about abiding traffic laws in states where it’s mandatory to wear a helmet, but ensuring that you’re protecting your head. When it comes to motorcycle helmets, not all of them are the same. Here are the 3 distinct types of motorcycle helmets: 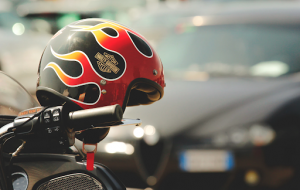 A motorcycle jacket is so cool that some people like the idea of wearing them simply as fashion statements. Jackets differ depending on the activity you’re pursuing with your motorcycle. The same jacket that works for cruising around and running errands won’t work for a 1000-mile tour. Most jackets are either made of synthetic material, leather, or sometimes even both. Motorcycle jackets are made with protection from the weather in mind in addition to bodily protection. They’re designed to fit without flailing around at high speeds and are made with special water-resistant materials. A CE rating is given to motorcycle-specific jackets as they are designed to cushion the most critical and vital organs from impact. The type of jacket you choose will depend on your motorcycle and its riding position, not to mention affordability.

There is a common misconception that jeans or cotton pants would protect your legs from getting injured during a motorcycle accident. The truth is, jeans and cotton pants are almost as flimsy as paper in an intermediate to high-speed accident. Textiles like nylon fabric are known to have greater resistance to abrasion. Some riding jeans install Kevlar panels to provide extremely high abrasion resistance but are still not as protective as specific riding pants. While the average motorcycle weighs much less than a car, it doesn’t mean they’re not heavy. To support the weight of a motorcycle, your feet and ankles do most of the work. Slippery and uneven footholds can be quite dangerous if you’re wearing the wrong kind of footwear. Slip-resistant and sturdy boots are recommended to handle the impact of most mishaps. A lot of riding boots have reinforced heels and toe boxes to protect those areas as they’re the most vulnerable.

The joy of riding a motorcycle easily trumps that of riding most cars. Adrenaline plays a big role in making motorcycles as popular as they are amongst crowds who enjoy the open road with all its magnificence. When it comes to riding motorcycles, safety should be your top priority.