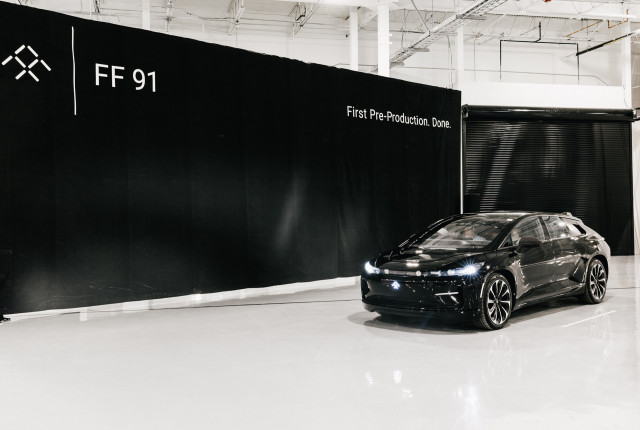 Faraday Future built its first pre-production car at the company’s California factory. Nissan introduced the Leaf-based Sylphy electric sedan for China. A German company reveals an electric RV camping trailer. And the results are in from one of our latest Twitter polls. All of this and more on Green Car Reports.

Embattled electric-car startup Faraday Future will celebrate a milestone after the company built its first pre-production FF91. Pre-production cars are used to test and improve the production and assembly process.

The Nissan Sylphy electric sedan has entered production in China. Think of it as a Nissan Leaf in sedan form, with a longer wheelbase for more passenger space.

German RV maker Dethleffs has shown off an electric camping trailer. The trailer houses its own 80-kwh battery pack under the floor and an electric motor to assist the vehicle towing it.

The results are in from our Twitter poll asking readers how much he or she would spend to own an electric car, and they aren’t looking for more expensive luxury cars.

Lyft is offering rides in covered wagons to celebrate 175 years of the famed Oregon Trail. The 15-minute-long rides are nowhere near as daunting as the real Oregon Trail was, however.

Finally, Volkswagen is recalling 8,400 Atlas SUVs and Passat sedans over loose brake parts. The components may not have been tightened correctly at the factory, said the automaker.