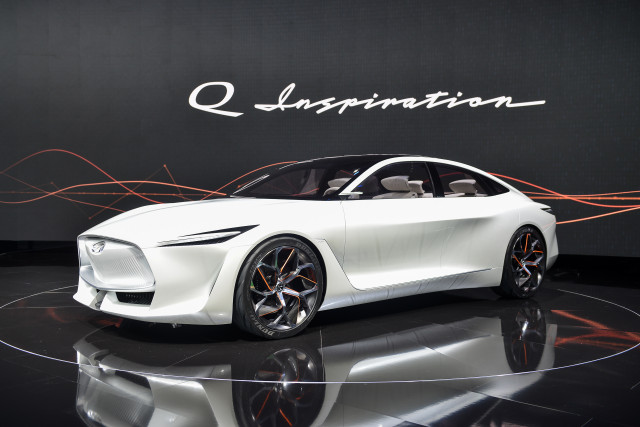 Nissan is working on a more powerful hybrid system for U.S. models. Geely gives a peak at its first electric model planned to go on sale worldwide. And our Twitter poll last week answered which electric pickup may cross the finish line first. All this and more on Green Car Reports.

After ending a dispute with Faraday Future, Hong Kong investment firm Evergrande Health appears to be taking its money elsewhere—to Saab’s Chinese guardian NEVS. which is cranking out old Saab 9-3s with electric power. The cars are among the primary vehicles used by Chinese ride-sharing service Didi.

In another Chinese-Swedish tie-up, Geely, which owns Volvo, revealed a peak at the first electric sedan it plans to sell worldwide. The company has announced that Volvo will add electric power to its entire lineup this year.

Nissan’s head of product planning says the company is upgrading its e-Power hybrid system to deliver more, seamless power for U.S. models—which could primarily be Infinitis to start with, since that brand has said it will convert its lineup to mainly electric cars and hybrids starting in 2021.

In our Twitter poll last week, readers revealed which electric pickup they think may make it to market first.

BMW boss Klaus Froelich revealed plans to build an electric supercar based on the company’s current i8.

Finally, the CEO of the National Automobile Dealers Association says car prices are climbing to an unsustainable level, and fears that many Americans will be shut out of the market.