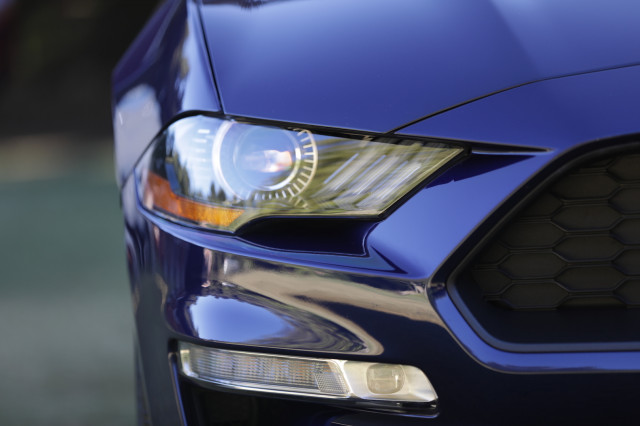 Ford’s performance-oriented electric SUV due in 2020 won’t be called a Mach 1.

Ford teased the possibility of using the name of the cherished Mustang trim for the SUV back in January, but a strong negative response from fans has persuaded the automaker to seek another name.

“We put that out there to evaluate it,” Jim Farley, Ford’s president of global markets, told Automotive News (subscription required) in an interview published Monday after being quizzed about the name. “There are pros and cons. I don’t want to handicap it at this point, but we got a very strong reaction from people.”

While it won’t borrow the name of the Mustang trim, the vehicle is still expected to borrow Mustang styling cues. Chevrolet did something similar with its 2019 Blazer, which borrows cues from the Camaro.

All Ford will say about the SUV is that it will offer 300 miles of range and be sold globally. The platform will likely be the new modular electric platform Ford confirmed this month. The platform is one of a total five modular platforms that Ford will use going forward.

Production of the SUV was originally slated for Ford’s Flat Rock plant in Michigan but is now expected to take place at a plant in Mexico.

The vehicle is part of Ford’s plan to launch 16 electric cars by the end of 2022, some of which are being developed exclusively for the Chinese market. Ford has a dedicated team of engineers working on electric cars. Called Team Edison, the team has greater autonomy than you’d normally find at the automaker in order to accelerate the development process. In addition to electric cars, Ford will also add plug-in hybrid powertrains to core models like the F-150, Escape, Explorer and Mustang in the coming years as part of its electrification plans.