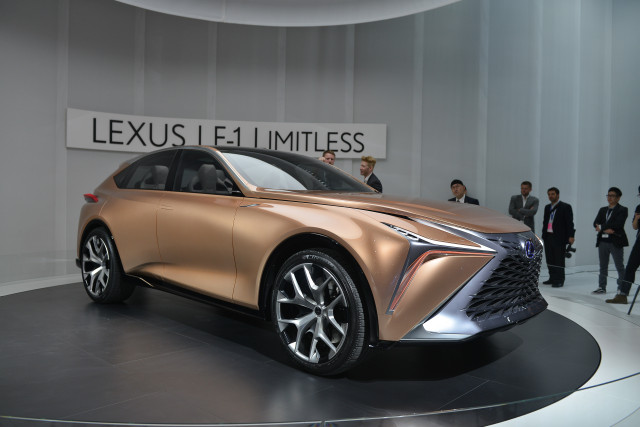 Starved for a newer brute ‘ute with curb appeal, Lexus dealers tell the automaker they could use a competitive SUV to fight the literal and figurative juggernaut in the class, the Cadillac Escalade.

“I think every dealer would raise their hand for that product, certainly…Right now, we’ve got a really strong sub-$50,000 lineup. But when we look above that, we’ve got some great product today, but what do those products look like for the future?” Carl Sewell III, who is outgoing chairman of the Lexus National Dealer Advisory Council, told Automotive News last month.

The gray elephant in the room with a “Predator”-like face of course is the Lexus LX570, which is a three-row SUV based on the Toyota Land Cruiser. While capable and comfortable on and off the road, the LX570 was outsold by the Escalade by a clip of nearly 8-to-1 in 2018. The fact that the Toyota and Lexus haven’t developed a new platform or engine since 2008 while Escalade has received regular redesigns could play into the sales disparity.

And Sewell surely knows there’s a new Escalade coming, too.

Lexus has hinted at a range-topping, three-row crossover for American tastes based on the LF-1 Limitless concept that was unveiled last year at the 2018 North American International Auto Show in Detroit. It’s unclear if that vehicle would replace the body-on-frame LX or just slot below it.

The LF-1 Limitless concept (which may be called the LQ by the time it’s built, according to patent filings) is five inches shorter than a Mercedes-Benz GLS-Class but designed for multiple powertrain possibilities, including electrification.

Sewell hinted that Lexus may consider that addition to the lineup first before a body-on-frame, fuel-swilling behemoth like the Cadillac Escalade. (The LX won’t appear in a Green Peace parade either at 15 mpg combined, according to the EPA.)

“I think you’re seeing Lexus dealers be disciplined. We’re always great at adapting to whatever environment we’re in,” Sewell said.