Parting with the car you have grown to love and used over the years may prove to be difficult. This is because humans tend to develop a certain attachment to things, and this is true even for cars. Nevertheless, you should not ignore the signs that tell you that it’s time to sell your used car. 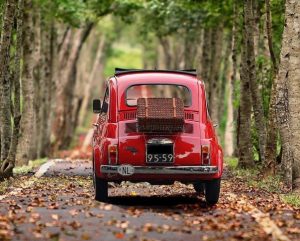 It no longer meets your needs

Your first car may be a sedan or even a hatchback because it was just previously you and your significant other. However, life happens and you hit certain milestones such as starting a family. When you already have kids, a sedan or a hatchback may no longer prove to be an efficient form of service because it may not be able to fit all the baby stuff you have to carry around. This is one indication that it is about time for an upgrade.

It is still in good condition

Many people have the notion that they need to put up their cars for sale only when it is no longer running smoothly. On the contrary, it is best to opt for a sale while your car is still in its tip top shape. Unwanted car buyers will pay more for a car that is still running in its best condition. Thus, if you are planning for an upgrade, then perhaps you will be able to rake in more than what is needed for a down payment. Would you buy this 2004 Nissan 350Z convertible as a new used car?

It is already expensive to maintain

When your car already costs you too much just to keep it running, then perhaps it is about time to let it go. For instance, if you already require a couple of thousand dollars for the repair of a car which is the same as its worth, then it should get you thinking to have your car exchanged for cash already. You may need to weigh between your car’s worth and the costs or still running it on the road to be able to decide.

It is already stressful to drive it around

A good sign to sell your car is if it is already causing you so much trouble and stress while on the road. You may already be bothered by the honking of cars behind you simply because your car won’t start. It may even cause you to be anxious because you are afraid that it will break down when you need it the most.

It is already unsafe

If your car makes you feel unsafe on the road, then it is time to give it up. You may either have a rusty engine or worn-out brakes that it is alright if it is only you in the car, but you rather feel worried when you have passengers around. This is a sign to let go of your car because as the old saying goes, safety first.

Selling your used car may be difficult not only because of the certain attachment you have put into it, but also probably because you don’t know where to start. Nonetheless, if you have already made up your mind to sell your used car, there will always be the experts to guide you with the process. What is important is that you decide within the perfect timing by not ignoring the signs that indicate that it’s time to part ways with your beloved car.