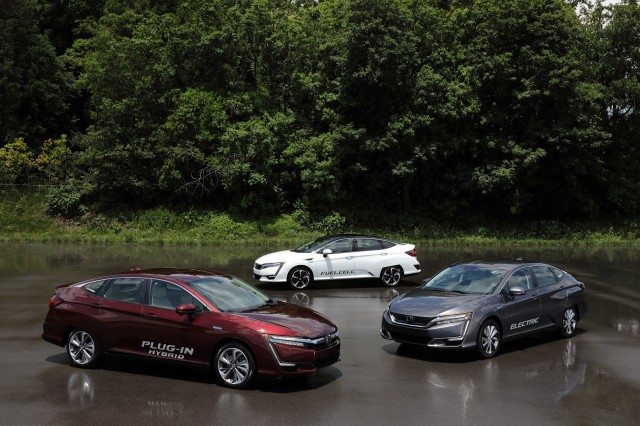 Thus far, Honda lags in the race to develop electric cars. Its most recent model still has only 89 miles of electric range, in an era when most new electric cars come with at least 235 miles of range, and many are approaching or exceed 300 miles.

The company is aiming to change that with new tie-ups with General Motors to develop electric cars, and now a Chinese battery supplier.

Contemporary Amperex Technology Company—better known as CATL—announced last week that it signed an agreement with Honda to supply up to 56 gigawatt-hours worth of batteries for Honda cars by 2027.

Honda announced in 2016, two years before it introduced the 89-mile Honda Clarity battery-electric sedan, that it would accelerate its moves toward electrifying its fleet. By 2030, Honda expects 65 percent of its sales to be hybrid, plug-in hybrid, or battery-electric cars, and last year it announced that it will introduce 25 new electric models in China by 2025.

It is nearly unprecedented for a Japanese car company to turn to a Chinese (or almost any non-Japanese) supplier for such a huge and critical supply of components. But the agreement may be necessary for Honda to make inroads in the EV market in China, where local suppliers are required for core technology—especially batteries.

It’s not clear how much of Honda’s new electrified car lineup will be pure battery-electric cars versus hybrids or plug in hybrids.

To get a sense of how much this means for Honda, we took a rough stab at guesstimating how many cars those 56 gigawatt-hours of lithium-ion batteries could supply.

Looking at Honda’s current car lineup, it is clear that it is a car-based automaker without a stable of large commercial pickups, so it likely needs a battery pack roughly in line with what other electric carmakers are building today. In very rough terms, assuming the company wants to build competitive electric cars with a base range of about 250 miles, along with some larger and longer range models that could go 300 miles or more, and taking it at its word that some of those cars will also be plug-in hybrids, we estimated it may need an average battery size for its cars of about 75 kilowatt hours.

Dividing that into 56 gigawatt-hours equates to about 750,000 “electrified” cars from Honda by 2027. That’s a very small percentage of its global output, but it’s likely that there could be many more Honda battery agreements to come.