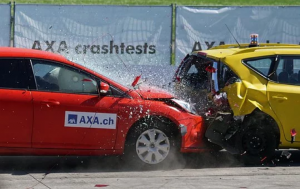 Now, car insurance is meant to protect motor vehicle owners from liability in case they ever get into an accident. Depending on the type of vehicle insurance policy you have, the insurance company may also cover the costs of wreckage, medical bills and other damages that may be suffered by the other road users as a result of your mistake or negligence.

Now, sometimes car accident cases can be rather complicated and in most cases, compensation is based on who was at fault. At times, your own insurance company may deny your car accident claim, or the other road user could blame you for the accident. This means that to get compensation for the losses suffered after an accident and absolve yourself from blame if any, you may have to prove your innocence in a car accident case. In most cases, it’s all about proving to your insurer or the court that the fault was not yours.

Without further ado, here are some pointers on how to prove your innocence in a car accident case.

After being involved in a car crash or collision, it is highly important to collect as much evidence as you can if you’re able to. Since, how the cars are positioned after the collision is the primary basis used to determine who was at fault, it’s advisable to take photos of the accident scene and preserve them. Apart from photos of the vehicles and their positions, you may also want to capture other things such as road conditions, road signs, skid marks, traffic lights, and even your injuries, if any. Especially if you’re wrongfully being accused. These can all be used as evidence to prove your innocence in a car accident case if it comes to that extent. They may also come in handy in case someone tampered with the accident scene in your absence.

If you recognize any eye witness at the scene of the accident, their version of the happenings can be a huge savior when you try to prove your innocence. Eyewitness testimonies can help convince the insurance company or the court that indeed, the accident wasn’t your fault. This is why after an accident, it’s highly important to record the contact details of an eyewitness or two if you’re able to. If not, you can liaise with the law enforcement officers that were present at the scene to get the details of the eyewitnesses, which will probably appear on the police report. 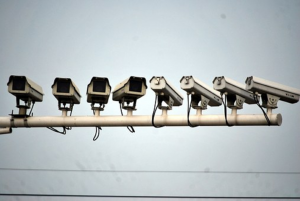 Nothing gives a detailed account of the actual happenings at the scene of the accident more than video footage. If your car has a dashcam, it may have captured part of what took place just before and after the accident. Traffic surveillance cameras can also be a good source of video evidence in a car crash case. If this is still not enough, it’s advisable to find out whether there are any buildings nearby (especially commercial) that could be having surveillance cameras that might have captured the accident. Video footage can provide concrete and unbiased evidence that could help prove your innocence in your car accident case.

Get a copy of the (accurate) police report

When you get into an accident, the police (and paramedics) should always be the first people you call. When they arrive at the scene, the law enforcement officers write a detailed report, which can be useful in establishing fault. However, it’s important to ensure that after filing a police report, it is accurate if at all it’s going to help you prove your innocence. It’s also important to be careful what you say to the police as the report is being created since admitting fault at this point could be catastrophic to your case. You may also dispute the findings of a police report if you feel they’re incorrect or biased, but make sure it’s recorded on file that you disagreed with the findings.

Work with an experienced injury attorney

As mentioned earlier, car accident cases can be highly complicated, especially in collisions where it’s hard to prove who was at fault between the two drivers. Sometimes you can even be unfairly blamed by the other party and their insurer for the fault, and it becomes a “he said she said” situation. To absolve yourself from unfair liabilities and costs, one of the first things to do if you’re in a car accident is to work with an experienced accident lawyer. Your lawyer is more conversant with what the courts look for and understand traffic laws better. In addition to representing you in court during your case’s hearing, they’ll help you file the necessary documents in time, collect and develop evidence, and do all it takes to build a strong case that will prove your innocence. The best thing about hiring an experienced and reputable lawyer is that some of them work using a contingency plan and will not even ask you for an upfront fee. They’ll only ask for payment once you win the case.

In a nutshell, navigating a car accident case where you’re wrongfully being blamed may not be your regular cup of tea. It can be a complicated and devastating process. However, it gets easier if you have some of the evidence mentioned above and working with an experienced accident attorney.