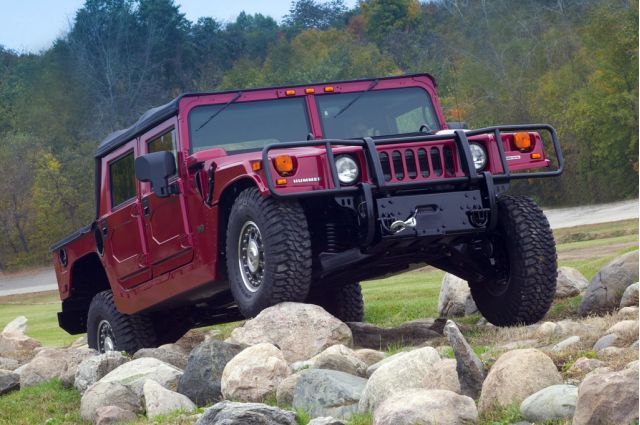 AM General, best known for bringing the Hummer brand into the world, has reportedly hung up a “for sale” sign. The company is allegedly seeking potential bidders, which may include both General Motors and Fiat-Chrysler Automobiles.

Reuters reported Monday the list of potential buyers includes GM, FCA, and a group of AM General’s current industry rivals such as General Dynamics, Oshkosh Corporation, and BAE Systems. Sources told the publication AM General may be worth up to $2 billion should it agree to a sale.

AM General currently builds the military-spec Humvee and introduced the original civilian-spec Hummer H1 in 1992. Seven years after the Hummer brand’s introduction to consumers, AM General sold the brand rights to GM.  AM General continued to build the H1 at its South Bend, Indiana, plant, and eventually the Chevy Suburban-based H2. The H2 exited production in 2009, but the plant was later used for contract assembly of Mercedes-Benz R-Class crossovers bound for China.

It’s not entirely clear why GM or FCA would want to purchase the military contractor, but its potential sale comes as the U.S. Army prepares to modernize its forces with a next-generation combat vehicle. New land vehicles are expected to enter service in 2022. Both GM and FCA could capitalize on an “in” with the U.S. government by taking control of AM General, though the scenario could fit GM better than Italian FCA.

Earlier this year, GM established “GM Defense,” which marked a return to military defense work after the automaker sold its General Dynamic defense unit in 2003. GM Defense has been responsible for the Chevrolet Colorado ZH2, SURUS concept, and an unmanned water vessel. Each feature hydrogen fuel-cell power, which GM has continually invested in and even partnered with Honda for in the future.