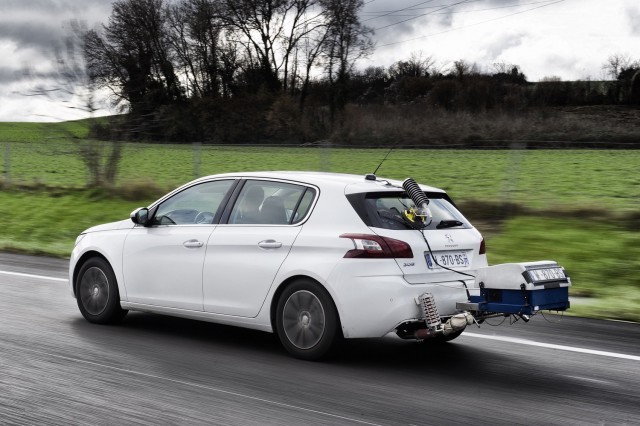 Using a simple rating from A (best) to H (worst), they would tell you, at a quick glance, how much you’re endangering the health of your family with tailpipe pollutants.

Although the idea may seem new, it’s certainly not without precedent. Before the Insurance Institute for Highway Safety and the U.S. New Car Assessment Program (NCAP) became more rigorous, comprehensive programs for occupant safety in the 2000s, it was difficult for shoppers to make an informed decision about the relative safety of vehicles. Shoppers know that a vehicle met minimums, but it wasn’t always readily apparent which ones went above and beyond.

For emissions, it remains a bit like that time, before crash-test programs became tougher and more transparent. And the Volkswagen diesel scandal has left the auto industry bruised and consumers distrustful. 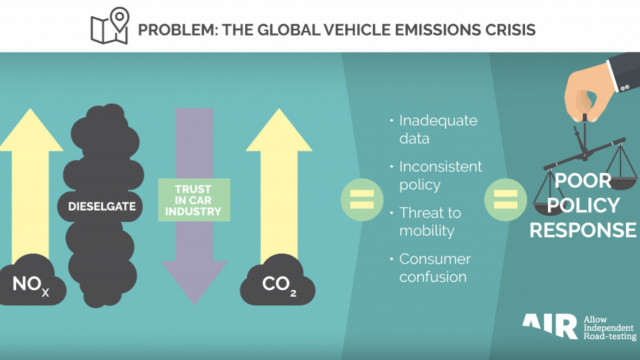 By providing impartial test results, such a plan could actually help automakers stabilize the downfall of diesel vehicles, restoring trust, to some degree, rather than leaving owners bracing for the next emissions scandal. And of course it would point out which diesels stay true to their efficiency and emissions promises.

Most U.S. emissions approvals are granted based on paperwork filed by automakers, from results measured in their own labs, possibly run on other continents with various conversion factors applied, and spot-checked only sporadically by the EPA.

AIR, which is currently seeking members, aims to build trust in the wake of dieselgate and provide “genuinely independent information.” It’s pushing for a “prompt and cost-effective approach to emissions that can also immediately address the diesel NOx emissions crisis, and do so in an accessible, transparent, and accountable way.”

CHECK OUT: Mixed messages on future of diesel at Geneva auto show

AIR’s solution to the issue is to create an independent, on-the-road vehicle test and rating system—with the test process transparent and the data available to everyone. There is one corporate partner built into this test—the UK’s Emissions Analytics, a maker of Portable Emissions Measuring Systems (PEMS). 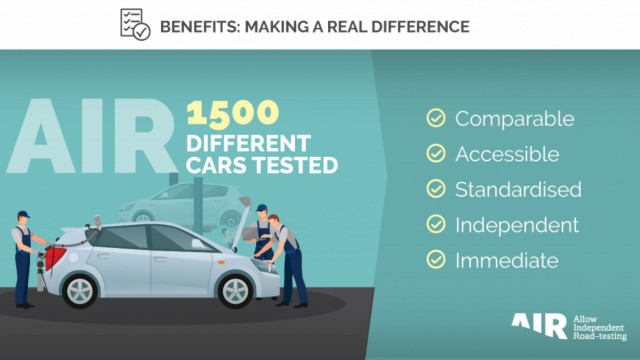 Using PEMS equipment, each vehicle will be given a four-hour test through the same driving loop. After the test, vehicles will be rated into those eight different letter-grade categories. AIR sees the results as helping consumers make the right vehicle choice, helping municipalities and governments develop policies, and allowing automakers to regain consumer trust.

Most immediately, the group is casting its attention toward diesel. It claims to be “the only global initiative that provides a prompt and cost-effective approach to the current diesel NOx emissions crisis.”

AIR argues that the laboratory-based Real Driving Emissions (RDE) test that the EU has introduced doesn’t go far enough, as it still allows automakers to perform their own tests, isn’t standardized to a particular driving cycle, and only affects vehicles that are entirely new.

So far AIR is only for Europe, but it’s a global effort—one that includes emissions expert Dan Gardner, who was the leader of the West Virginia University group that first broke the news, in published form, that Volkswagen’s TDI diesel engines weren’t even coming close to meeting their meeting their emissions claims in real-world use.

The group aims to push automakers to provide a reduction in harmful urban emissions by ensuring that vehicle fleet emissions are the lowest possible. It ultimately hopes to test 1500 vehicle models.

Because of crash-test programs like NCAP and the IIHS and their sought-after five-star and Top Safety Pick+ accolades, automakers no longer aim to merely meet the minimum occupant protection required by the law. The formation of AIR, likewise, should encourage automakers to produce vehicles that don’t just comply, but actually pollute as little as possible—because the details of how far above and beyond they actually went will no longer be lost in the smoggy haze.