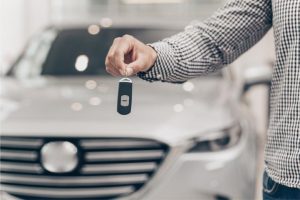 Keys can be a serious source of both contention and worry. This is particularly the case when they are in large quantities, and when your entire method of making a profit comes out of being able to quickly and easily access the right set of keys for the right vehicle. For many companies, such as the ones that operate fleets, the average employee spends 20 minutes or so out of their average day just being able to get the right set of keys into their hands.

With keys, you have to balance the ease of accessibility with the potential for theft and keeping that potential down. If someone has already made off with the keys, and probably also the vehicle itself, all the accessibility in the world isn’t going to help one bit. The good news is there are ways to balance the tension between these two requirements.

A major part of your job in keeping a fleet of vehicles is ensuring that those vehicles don’t spontaneously wander off the lot. It’s a bit like being a cattle rancher in this sense, partially because there are plenty of rustlers out there who would be more than happy to guide some of your vehicles to other pastures. The easiest way to do this is to keep the keys as safe as you reasonably can.

For starters, cameras help a lot, as well as keeping all of your sets of keys in a location with a desk and an extra door. With the desk, one person will understand that a major part of their job is to only allow a set of keys to leave with a person who’s authorized to take them. When everyone is sitting near the key box, it can become a situation where everyone just assumes that someone else is going to do it.

Accessing the keys doesn’t just come down to being able to get to them easily enough, while making sure that there are buffers in place to protect them. Whether only one specific person is in charge of all of the keys, or a group of people each has access to the key area, another problem then begins to present itself. Namely, how does one tell one set of nearly identical keys from another set, without having to go through a lot of exploration and possibly hours of fruitless testing?

The answer is a relatively simple one that MBR Marketing, Inc. has put together. With custom key chains, you can identify the type, make, model, and even specific car based on a host of different patterns, shapes, colors, and materials on the key chains themselves. If you spend the time to build a system of different looks that account for the major differences between your vehicles, you might be able to tell which vehicle it is almost at a glance, even among hundreds of possibilities. This can keep you moving ahead at a solid clip.