With the new decade and year underway, it’s time to look at how electric cars will develop and what we should expect from them in 2020. As so many new car designs and EV charging cables UK are due to arrive in the upcoming months, let’s take a look at new electric cars for 2020, below.

The new Vauxhall Corsa-e is sure to be a popular choice for many drivers in the UK, especially as the Corsa is already one of the country’s most favourite cars. This new electric car will use the same CMP platform as the Peugeot 208 and DS 3 Crossback. It will also have an extended range of up to 250 miles, so you can drive further than before. With a new style, including all-glass facia and redesigned grille, this car looks both sleek and smart.

First previewed in 2014 as an early concept, Maserati will reveal the prototype version of its first electric car at the Geneva Motor Show this year. Although the final production of the car won’t arrive until late 2021, there are a few specific details that are already known about the Alfieri. Not only is it expected to be made available as a pug-in hybrid, but the electric car will probably use a trimotor, 800V battery technology and a four-wheel drive system with torque vectoring. 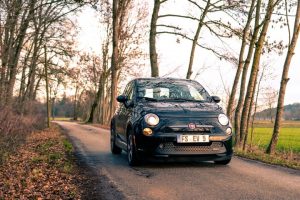 Already a popular car model, the all-new electric Fiat 500 is set for a reveal at Geneva 2020 too. Having already committed 700 million euros into the project, the new car will be manufactured at a new production line in Italy. There are still lots of details unknown, but we look forward to finding out more at the Motor Show this year.

The new electric Mini could be the first electric hot hatchback and is set to arrive with a powertrain and built on an adapted version of the platform used by the Mini hatchback. Known as the Mini Electric in the UK, this car will be branded Cooper S E in other markets around the world. With a tested range between 120 and 140 miles and a handling similar to the original Mini in the 60’s, this car is one to look out for in 2020. 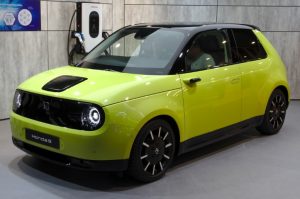 Despite being previewed as a three-door layout at the Frankfurt Motor Show in 2017, the Honda e is likely to arrive as a five-door instead. Delivering a 136-mile range, this new electric vehicle will arrive a new, unique platform and be available in two performance variants; base car delivering 134bhp and potent Advance variant delivering 152bhp. So, this Summer, look out for the brand’s first European electric car.

The 2019 Geneva Motor Show revealed the concept version of Audi’s upcoming mainstream electric SUV. With the production version set to arrive this year, this will be the firm’s fifth electric model. This new EV will use the VW Group’s MEB platform, as opposed to the adapted MQ platform used by the larger e-tron. The twin motors will provide Quattro all-wheel drive and even up to 302bhp.

As you can see, 2020 is set to bring a lot of new electric cars for us to choose from. With this only being a selection, look out for leading brands at the Geneva Motor Show where designs will be announced and released.