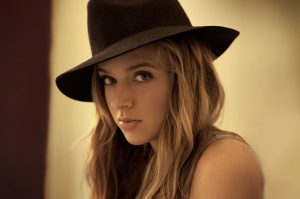 DIAMOND BAR, Calif.  — Amidst business activity and networking at the 2018 trade-only SEMA Show, attendees will be treated to live music by blues-inspired, rock-pop artist ZZ Ward. Performing at numerous SEMA Show activities, including the coveted SEMA Industry Awards Banquet and SEMA Ignited (the official after-arty), the Los Angeles-based vocal powerhouse will entertain Showgoers throughout the week of the 2018 SEMA Show in Las Vegas, Nev.

The schedule kicks off on Monday, Oct. 29,at the Exhibitor Appreciation Reception, featuring the Media Exclusive Vehicle Reveal. The fedora-rocking guitarist will continue during the week in SEMA Central, where industry icons, celebrities and influencers are interviewed on stage. Before her final SEMA appearance at SEMA Ignited (the official after-party that is open to the public), Ward will perform at the SEMA Industry Awards Banquet on Thursday, Nov. 1.

Considered by many to be the industry’s premier awards ceremony where the Person of the Year is announced, the SEMA Industry Awards Banquet is open to all SEMA Showgoers. The banquet includes dinner, an awards presentation and entertainment from Ward, who made headlines earlier this year when NBC kicked off the second half of its NASCAR season coverage with her singing Tom Petty’s “Runnin’ Down a Dream”.

Exhibitors qualify to obtain a limited number of free tickets to the banquet. All Showgoers are also able to purchase banquet tickets at www.semashow.com/banquet.

The 2018 SEMA Show takes place Tuesday-Friday, Oct. 30-Nov. 2, in Las Vegas, Nev. The annual trade show brings manufacturers of automotive parts and accessories together with industry buyers from all over the world.