It is not uncommon to see celebrities in the crowd at SEMA.  You can find them walking around the show enjoying the rides and automotive technology that is brought to the show.  Between having B is for Build, Supreme Patty, Danny Koker,and more; you can find your favorite SEMA 2019 Celebrities! 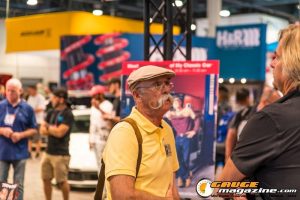 Host of “My Classic Car,” Dennis Gage was seen at the show!  Known for his “honor the timeless classics,” which shows his love for classic cars! Dennis Gage travels all across North America to visit auto shows and events, checking out everything from muscle cars to special museum pieces.

Dennis Gage also came out to our car show, Slamology.  You can check out that video below! Danny Koker is well known for owning the shop “Count’s Kustoms” as well as running the show “Counting Cars.”  It known that when Danny sees a ride that he wants, it’s not unusual for him to do whatever he can to make sure that it’s in his possession.  At his shop, if it has wheels, they are able to flip it and make it something you’d never expect! 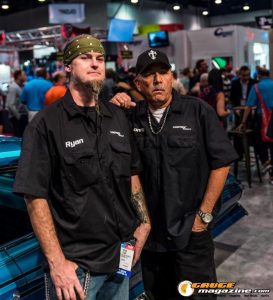 SEMA 2019 Celebrities Ryan and Lonny! As well as Danny Koker from Counts Kustoms being at SEMA, so were Ryan and Lonny. Ryan is the head painter and graphic artist for the shop.  Lonny is also a painter at Count’s Kustoms. 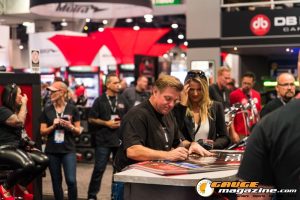 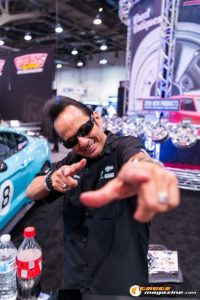 Von Hot Rod is a well-known pinstriper.  He is also known for his retail store “Hot Rod’s”, “Hot Rod Records,” and “Hot Rod’s Hangout,” and “Kustom Klothing by Von Hot Rod.”   For the past 19 years, he has also put on many hot rod and customs shows; one being the Von Hot Rod Pinstriper Reunion. Bill Goldberg is known for many things including being a professional wrestler with the WWE, Actor, Former football player and MMA commentator, and for his time in the World Championship Wrestling under the name Goldberg. In 2018, Bill was induced into the WWE Hall of Fame. 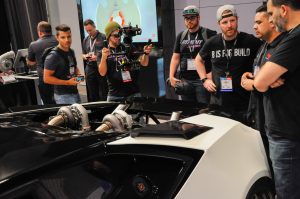 Chris Steinbacher (B is for Build)

Chris Steinbacher is a well known Youtube star.  His youtube channel is known for doing builds that are often considered impossible, but Chris and his friends get them done.  Chris was in the Garrett Advancing Motion booth unveiling his LS-Swapped Twin-Turbo Lamborghini Huracan.

Supreme Patty is an Instagram comedian.  His best known comedy sketch is when he squeezed lemons and limes into his eyes and then tried to jump into a pool and shoot a basketball from a distance.  At SEMA 2019, Supreme Patty had built a custom lifted F250 that you could find in spot V470. You could find Supreme Patty at the Hornblasters booth on Wednesday from 1-2pm. 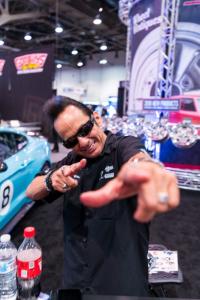 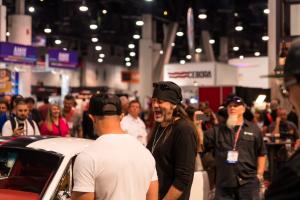 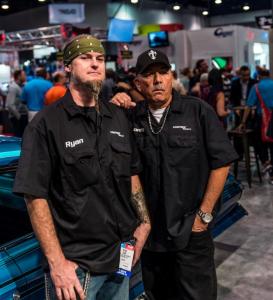 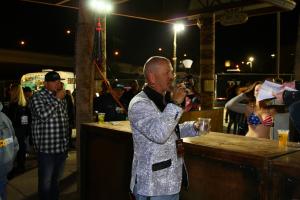