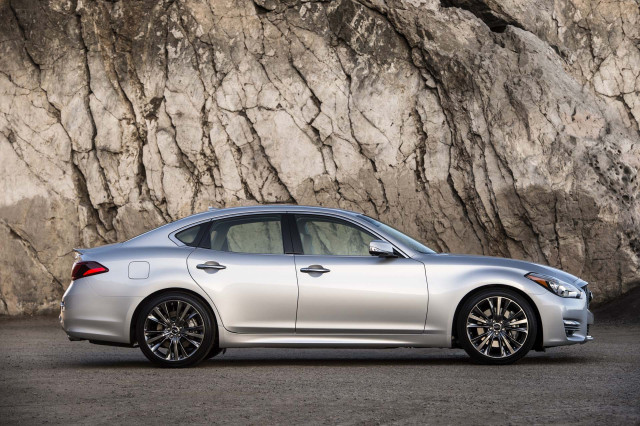 The Infiniti Q70 Hybrid won’t make it to 2019, the automaker announced last week. Infiniti dropped the full-size, electrified luxury sedan from the lineup after 2018.

The car debuted in 2011 as the M37 Hybrid, but sales of the hybrid version always paled in comparison to the gas V-6 and V-8 versions of the big luxury sedan.

Although it was renamed the Q70 in 2014, Infiniti has not significantly updated the sedan since it went on sale in 2011.

It is the second hybrid model that Infiniti has recently dropped, after it killed the slow-selling QX60 Hybrid for 2018.

Infiniti plans to introduce a successor to the Q70 for 2021 based on a new front-wheel drive architecture and will reportedly include a hybrid variant.

That leaves the small Q50 Hybrid as the only hybrid available from Infiniti in the meantime. It starts at $51,595 including destination, and is EPA-rated at 27/32/29 mpg. The base Q50 with a 2.0-liter turbo4 is rated gets 23/30/25 mpg. Buyers can also choose all-wheel drive on the hybrid, with a fuel-efficiency penalty of about 1 mpg.