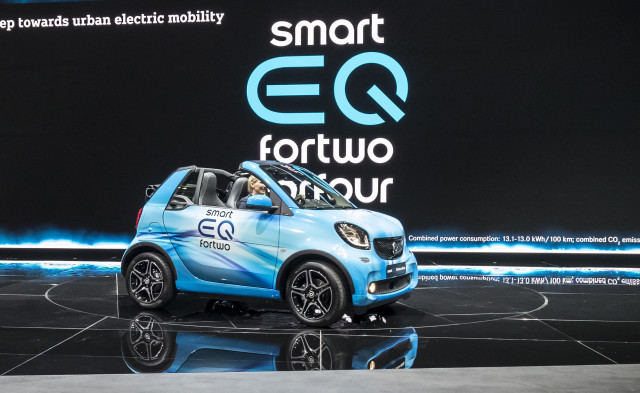 Daimler’s Smart brand has announced that it’s pulled the plug on the U.S. sales of its only model, the Fortwo, which went all-electric just one model year ago.

The decision, according to Mercedes-Benz USA, holds for both U.S. and Canadian markets and has to do, the company says, with “high homologation costs for a low volume model.” It also doesn’t affect the arrival of the Mercedes-Benz EQC in 2020, or the availability of service and replacement parts at dealerships; and the Smart brand will continue in Europe, China, and other parts of the world.

Smart went fully electric for the 2018 model year. The Smart EQ Fortwo remains on sale for a few more months and starts at $24,950.

With this move—and the mention of the EQC in the company’s statement—the Fortwo is looking more like a placeholder that earned California ZEV credits ahead of the arrival of that more American-sized electric luxury crossover.

At a retail level, the Smart brand had slowed to the sales numbers of an exotic car. According to Automotive News, Mercedes sold just 1,276 Smart EQ Fortwo models in 2018. 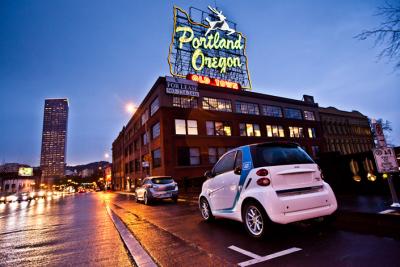 Car2Go had purchased its vehicles separately from the parent company—including some gasoline models after the brand went all-electric at the retail level—although it has been transitioning away from using Smart vehicles in favor of Mercedes-Benz models.

The Smart Fortwo was originally launched in Europe in 1998, and started out as the Swatch Mercedes Art Car, with its design going back to 1993. It wasn’t offered in the U.S. until 2008, and while it landed in a buzz of initial popularity and sales, it’s faltered ever since.

It didn’t have to be that way. Here are five key decisions that could have taken Smart on a different trajectory in the U.S.

Leaving us in the lurch. The previous single-clutch automated gearbox—the way most Americans first experienced the Fortwo, via Car2Go—was also something that you never got completely used to. The dual-clutch unit that replaced it in this newest generation was great. Smart had told us that the decision to go with the more expensive gearbox (versus a CVT, for instance) had been informed by American tastes, in part. Ironically, very few of these very fully sorted Fortwos made it to the U.S. before the company decided to go all-electric in the U.S. in 2017. Even Car2Go has been in the process of phasing all Smart vehicles out in the U.S. 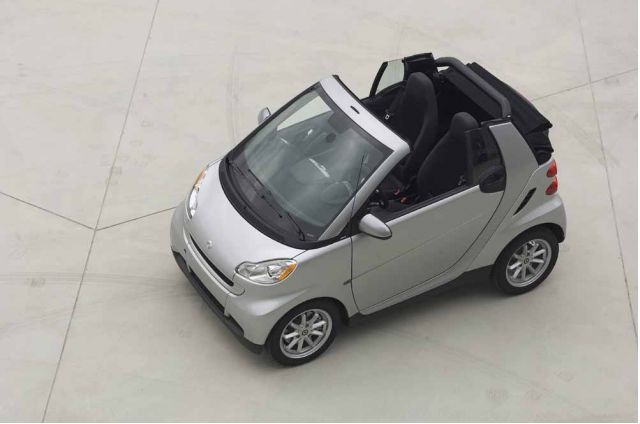 Going halfway in with Penske. The second-generation Fortwo, which arrived for 2007, was intended for U.S. sales, but the Mercedes-Benz dealers in the U.S. weren’t all that eager then to sell it. Meanwhile Roger Penske saw a business opportunity in the Fortwo with the predictions that gas prices would spike and the economy would stay strong. The Penske operation, Smart USA, sold nearly 25,000 Fortwos in 2008 alone, but that proved to be an aberration—along with the economic predictions. Penske threw in the towel and the parent company retook control over U.S. sales in 2011. For many years since then the Fortwo sold at about 10,000 a year, but that rate has slowed even more over the past several years. 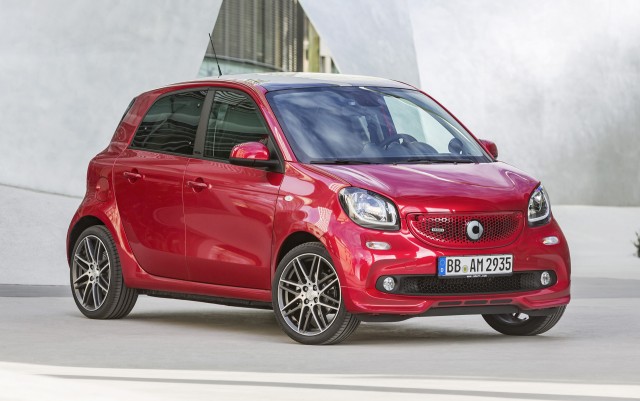 Not bringing the ForFour. The worst business decision Smart ever made could well have been opting to bring the Fortwo to the U.S. for another generation instead of the four-door ForFour. With some wheel-well cladding and rubberized trim, it’s a unique alternative at the fringe of one of the hottest segments in the market—and a vehicle with a lot more flexibility than the Fortwo, even if its back seat isn’t all that adult-usable.

Going small on electric range. Yes, even the tiny Smart couldn’t go too short on range—and at least for American tastes, it does. The Fortwo is rated at just 58 miles, according to the EPA (or 57 miles for the Cabriolet); and if you factor in the 25-percent range drop we’ve seen in some electric vehicles in winter weather—or some stints of freeway driving—Americans with an average daily round-trip commute distance of 32 miles don’t have a lot of wiggle room left.

A big thirst for something so small. The gasoline version has had underwhelming mpg ratings all along. When the second-generation Fortwo arrived in the U.S. for 2016 (or the third one globally), it was rated just 34 mpg city—or 32 mpg city with the five-speed manual—and Smart said that it required 91-octane gas for peak performance. 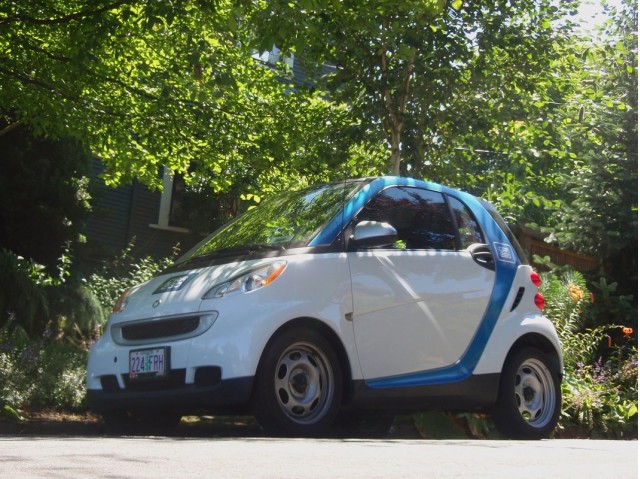 Not breaking the “economy car” stigma. The Fortwo came in some very aesthetically appealing combinations, but in recent years the first and only way many Americans encountered Smart was as part of the Car2Go car-sharing fleet; and the parent company equipped that car-sharing fleet in a least-common-denominator way—including in many cases big steel wheels and drab interiors. It was certainly no way to sell Americans on the individualism that the Smart team had worked hard to establish.

Smart tipping. Widespread reports of “tipping” parked Smart cars over in the street in San Francisco, Seattle, and Denver, among other places, served only to underscore the vulnerability of this minicar and that it was the lightest passenger vehicle on the market. Smart could have turned this widespread coverage directly into a clever marketing campaign—the same dinner-conversation laugh, but a positive one.

Safe and small. As much as the Smart ended up falling to some American preconceptions, it broke the small-car paradigm in one important way: It was safe. In a video released by the company, the Fortwo crashed, in a frontal-offset impact, passenger cell intact, into a Mercedes-Benz S-Class—a vehicle that doesn’t seem so massive in the U.S. Next to Cadillac Escalades and Lincoln Navigators, it may have only served to underscore, again, just how tiny the Fortwo was.