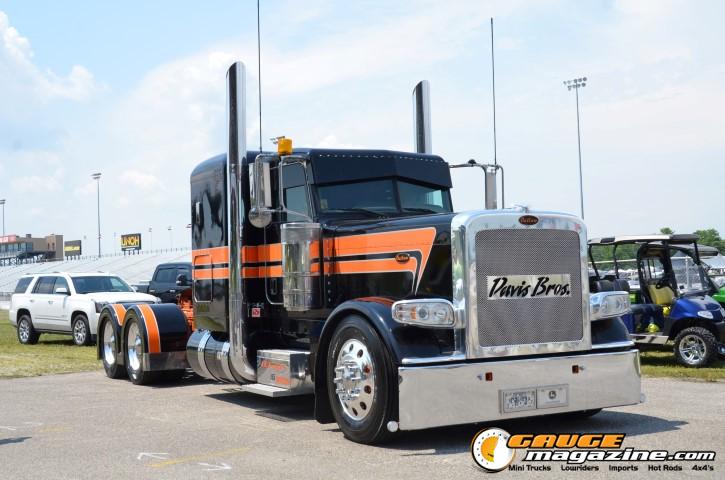 The American culture imprint has been cultivated for generations and now connects the world. Large fast food cups, Gibson guitars, Chippewa Boots, and Crayola Crayons are all distinctly American. As such, the United States has a universal appreciation for all things truck related. Big, small, and in between, it doesn’t matter. Americans prefer their trucks.

In 1925, the first Ford Model T truck rolled off the assembly line and the transformation started. At the time, America was an agricultural nation. Now, fewer than 35% are living and working on farms. Americans have supplanted their soccer mom vans, four-door sedans, and luxury vehicles with trucks.

In the 90s, when gas was cheap, truck and SUV sales were flourishing and turned into a protected class of vehicle. Congress passed a 10% luxury tax on cars costing over 30K in 1991. Trucks were not covered. Trucks quickly became status symbols. In today’s market, every truck produced is a luxury equipped, family friendly four-door.

Industries, empires, and sub-cultures have all sprung up around every form and size of truck. The Internet has enhanced consumer awareness of the drawbacks and advantages of each vehicle type. Recycling of vehicle parts has experienced a resurgence due to the advances of online database and shipping companies. Many firms, such as www.alltruckinc.com, offer a comprehensive parts search and scanning in Spanish.

Truck types and styles are as diversified as the American people themselves. The global truck industry is enormous and is growing stronger every year. Americans have an extreme passion when it comes to trucks. 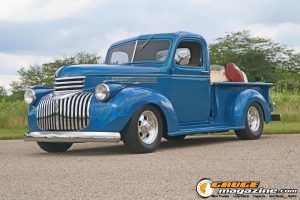 One of the compelling attitudes of American passion for trucks and automobiles is the rebuilding of older vehicles. This 1941 Chevrolet Pickup owned by Roger Robinson is a classic illustration of a rebuilder utilizing a salvage yard. This complete frame-off restoration took Robinson over five years to complete. Starting with the cab, he discovered other parts “here and there,” and now the truck is an award winner.

Recycling has been around for millennia, with records going as far back as 500 BC. The United States, in the 60s and 70s, went through a metamorphosis. Social reform was the most remarkable. Americans began to recognize the enormous chunks of trash being collected and knew their way of life had to evolve.

Vehicles are the premier product for recycling. Modern salvage yards take in every type of car and truck imaginable, knowing that one day there will be a rebuilder looking for a headlight assembly for a 1941 Chevrolet Pickup. Enthusiasts can log on and search hundreds of yards across the country to locate the specific part their vehicle requires. With the click of a button, the part is on its way.

The best salvage yards use all the technology currently available. Computerized inventory control can now be distributed online for dynamic scanning. Rebuilders, body shops, and dealerships want to work with the best. Salvage yards cater to every type of consumer, just like strolling into any retail department store.

Marketing and shipping software has been created with salvage yards in mind. These organizations have unique demands. Software coders have been useful in customizing every phase of the salvage industry.

Owners and employees now focus on being successful. Americans cherish their automobiles. They embrace the rebuilding process as much as staring at the completed vehicle parked in the garage.