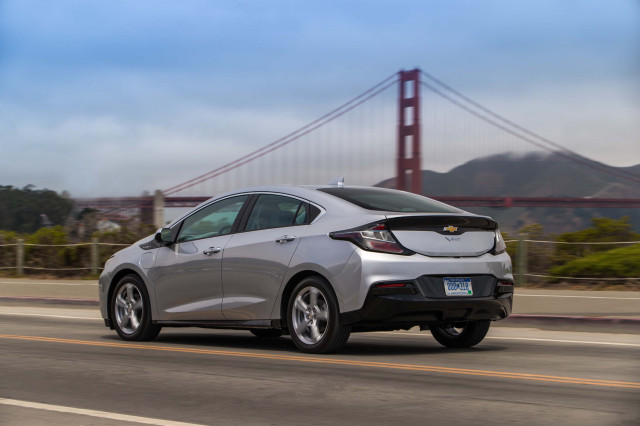 EVgo launches its first ultra-fast charger in the desert. Microwave ignition claims to clean up internal combustion. And a group proposes publishing its own independent emissions tests. All this and more on Green Car Reports.

“All-electric is not going to work,” President Trump said in an interview with Fox News, in lashing out against GM for announcing factory closings that will kill the Chevy Volt next spring.

EVgo joined other networks in launching its first new 350-kw fast charge station, nearly two years before the first cars capable of charging that fast go on the market.

A new global group, based in Europe, hopes to promote cleaner cars by publishing independent emissions ratings, as the IIHS has done to improve safety in the U.S.

The former CEO of Porsche is one of the backers of a new company promoting microwave technology to replace conventional ignition systems in internal combustion engines. The system is said to reduce emissions and improve fuel economy simultaneously.

Another possible approach to cleaning up combustion engines is fully digital valves, as promoted by a British company.

Finally, new self-driving technology from Lyft aims to mimic eye contact with pedestrians to let them know when it’s safe to cross.