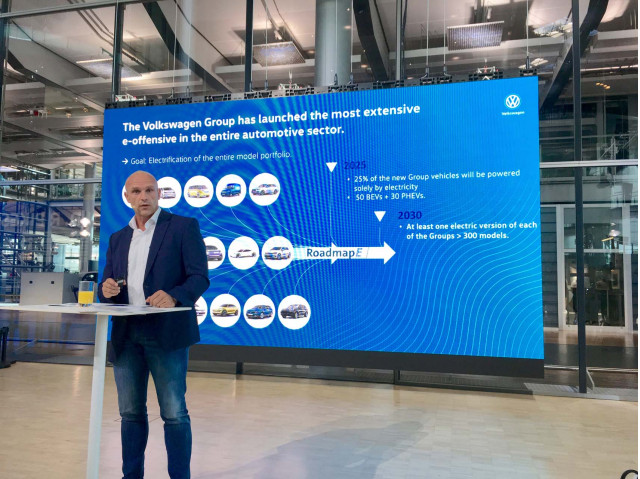 Solid-state batteries sometimes sound a bit like the missing link that would punt electric vehicles soundly into mainstream acceptance.

The list of potential virtues for solid-state tech, which would replace the polymer/gel electrolyte commonly used in lithium-ion cells with a solid one, is impressive: a longer driving range; smaller packaging; reduced chances of fire; easier cooling and conditioning; faster charging; and a longer service life.

Any automaker that can capitalize on solid-state tech before the others will probably enjoy an advantage on the market. But it might not be the day/night game-changer that some giddy futurists had anticipated earlier this decade. Automakers are splashing some cold water on what are perhaps some overheated expectations for what the technology can deliver and how soon it will arrive. 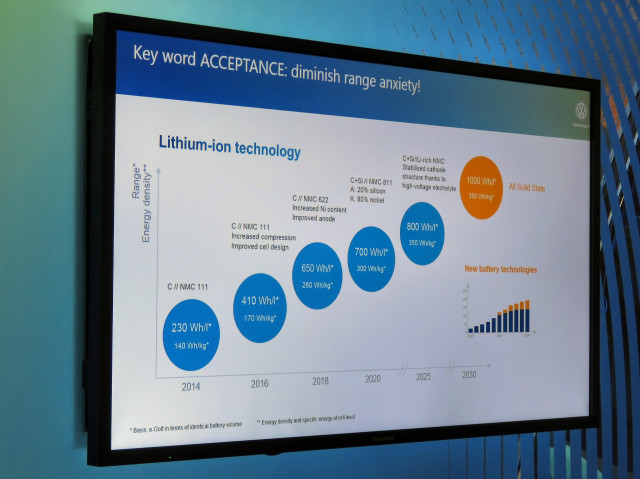 Volkswagen credited its anticipated rapid evolution of lithium-ion cells for its impressive energy-to-weight numbers in the next-generation battery packs it recently detailed for its MEB vehicles set to debut in a U.S. vehicle beginning in 2020. VW estimates that cell energy density—both by volume and weight—will increase nearly a quarter from 2018 to 2025, thanks to higher nickel content and, eventually, a higher-voltage electrolyte.

CHECK OUT: Battery tech may be getting a big solid-state boost soon

By then it sees lithium-ion (non-solid) cells offering 0.8 kwh per liter. Jumping to solid-state around then or later, it anticipates at an early stage it could pack another 25 percent more energy in the same space but offer no additional weight advantage.

VW’s own internal expectations might show a reality check versus what had been suggested at the time of VW’s $100 million investment in QuantumScape—a potential energy-density improvement of as great as 2.5 times that of current batteries.

Energy density (by volume and weight) had been increasing at a rate of about 30 percent every two to three years. That rate is due to slow; Bloomberg New Energy Finance anticipates energy density to improve 5-7 percent per year from 2018 into the 2020s.

“The use of solid-state batteries may result in another breakthrough in the second half of the next decade,” said Thomas Ulbrich, the member of the Volkswagen Group board of management for e-mobility, last month. Ulbrich noted that a limited test fleet of vehicles with solid-state batteries—possibly from its joint-venture development efforts with QuantumScape, could hit the road as soon as 2023. 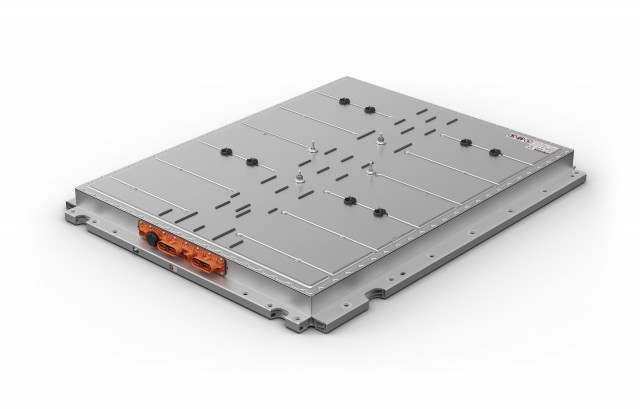 That corresponds with what the technical development chief of fellow VW Group brand Audi, Ulrich Widmann, said last month—that it’s expecting solid-state batteries to arrive in 2025 to some extent. “Inside the VW Group we have really good connections to all this development,” he said. “We are partners in that development.

Widmann pointed out that there are definitely obstacles remaining. “We don’t know whether they can solve all of these things, but we have to prepare future architectures,” he said, so that they can take advantage of it if and when it arrives.

BMW is also anticipating that solid-state may first appear in one of its production vehicles around 2025. But there are a few outliers. Toyota, based on reports, could be aiming to make the jump in high-sales-volume vehicles before then.