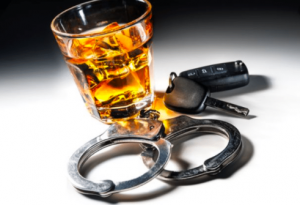 DUI, which stands for driving under the influence, is one of the most common types of criminal offences in U.S. and Canada. You can get charged with a DUI if you drive after consuming alcohol, marijuana, or any other substance that might impair your judgment and ability to drive.

Most drivers don’t really think about DUIs. But a DUI charge can happen regardless of your driving ability as well. So even the most well-meaning drivers are at risk after, say, a night out with friends. Keep in mind that you could get charged if you smoke weed at a friend’s house, wait for two hours, and then decide to drive. DUI charges for marijuana apply for those who consume the substance within a two hour time period.

You may worry about getting pulled over, but what if you get pulled over for a DUI? A DUI charge is a criminal offence. So it’s not like getting a speeding ticket where you might be let off of with a warning or a small fine. Here’s what happens if you get charged with a DUI so you can prepare in advance:

You will Get Arrested

If you are pulled over and the arresting officer decide to charge you with a DUI, you will get arrested for the offence. You will be arraigned later. However, there might be some time spent in jail. Therefore, contact impaired driving lawyers to arrange bail so you don’t have to be jailed until your court date. The attorneys can set a court date for a speedy trial so you can get on with your life as quickly as possible.

DUI charges vary because there are different drinking and driving stages that the law considers. So don’t worry about spending 10 years in prison after a charge. You may end up with a fine and a short license suspension that won’t affect you in a major way.

However, to get a lenient sentence for low consumption, you will need a chemical test to prove your case. It’s easy for alcohol as there are standard breathalyzer tests available. But it’s more complicated for marijuana. Here’s why hiring attorney help is essential to properly fight your charges.

Don’t expect to get off with a slap on the wrist. DUI is a serious charge. You may face multiple legal consequences, such as a fines, suspension of license, mandatory safe driving lessons, and possibly jail time for serious offenders. There are mandatory sentencing guidelines so you can’t plead your case to not have a legal punishment. However, with the right attorneys, your sentencing can be light.

You Will Have a Record

A DUI charge would result in a criminal record. It won’t be expunged even if you do community service. But you can request your attorneys to consider a pardon, where a judge would order your records sealed. That means a future employer won’t be able to see it without special permission.

Yes, as you can guess, DUI charges are serious. So don’t drink or smoke week and drive. In case you do happen to get slapped with a DUI charge, at least now you know what will happen to you. So do lawyer up to avoid the worst.