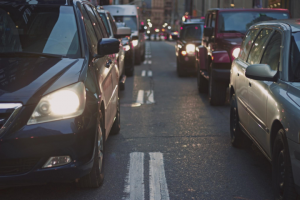 The State Courts Against Road Rage (SCARR) course was developed as a collaboration between the Massachusetts State Police and the National Safety Council as a way to help curb dangerous aggressive behavior on the roads, and instead, encourage productive and appropriate responses to stress and unwanted stimuli while driving. When younger drivers, typically between the ages of 16 and 24, are charged with serious motor vehicle infractions, they may be required to attend one of these courses before they can have their license reinstated.

While this course is typically required regardless of any additional penalties that the young driver may face, it can also be used in a plea deal with prosecutors or a judge in order to reach alternative sentencing. This is typically done with the help of an experienced attorney. Click here for more information about how a lawyer can help you or your young driver navigate the complex process of the Massachusetts traffic courts, the Registry of Motor Vehicles, and ultimately reach an agreement with the courts that makes sense for everyone involved.

When someone who is in possession of either a learner’s permit or junior operator’s license (JOL) and is found guilty of certain violations (or is otherwise required by a court), then they will likely need to attend this course before they are allowed back on the road. These courses are intended to help a young and inexperienced driver understand the nature of their behavior, such as the possible triggers or reason for their risky decisions and give them a safe and productive way to avoid these situations in the future.

Inexperienced drivers may fall prey to bravado and misguided confidence that leads them to drive aggressively, intimidate other drivers, and generally act in a way that can be extremely harmful for them, their passengers, and everyone else on the road with them. According to the Massachusetts Registry of Motor Vehicles, “after completing SCARR, you will have a better understanding of the repercussions of irresponsible driving behaviors and will know how to better handle peer pressure. You will come away with the information you can put into practice immediately to protect yourself and others on the road.”

Each student in a SCARR course will be able to focus on the particulars of their own offenses, and therefore the curriculum will vary slightly depending on their history of infractions and dangerous behaviors. However, all SCARR courses have similar focuses on the ultimate goal of improving safety on Massachusetts roads for everyone.

Some common focuses on this four-hour course are as follows:

In addition to these lessons, there is much more than a young driver can learn from these courses, regardless of the initial violations that led to them needing to attend. In reality, these types of courses are very beneficial for all who take them, and while attendance may be considered a punishment for previous actions, it is also a significant advantage in the long run.