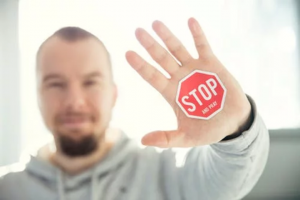 If you’ve been involved in a car accident you may want to put the whole experience behind you as soon as possible. It’s bad enough that you are visualizing getting to work without a car for the foreseeable future, and maybe even having to go see a doctor regarding that pain in your neck. You don’t want to get stuck at the scene of the accident for even a minute longer than absolutely necessary. Let’s hurry up and just go! But there is this little voice inside you whispering, wait, don’t make any mistakes now that you may regret later! Take the time to do things right!

What shouldn’t you do after the accident?

There are several crucial actions that you shouldn’t take immediately after an accident. Here is a list of the most relevant ones:

It’s very understandable that you are upset. The other driver is probably just as upset as you are. But getting angry will not help anyone. Make sure everyone keeps calm.

The other driver is not your friend and neither is their insurance company. Don’t tell them anything that may make them believe that you were at fault. You don’t want to make any statement that may later be used against you. Or the other party may even file a claim against you based on your own words.

Moving forward with your insurance without a police report will definitely be more complicated and time-consuming. Make sure there is a police presence at the scene and get your hands on a copy of the report.

People that are around the scene of an accident and witnessed what happened can be a very valuable source of information. Having witness testimonies can strengthen your case both with your insurance and should your case end up in court. Get their contact information as well.

You may think that you will clearly remember everything that happened and how the cars ended up after the crash. And that may be true. But there is nothing that speaks more clearly than a thousand words than a good picture. Take pictures of both cars, documenting the damaged areas. Also, if there are any traffic signs around that may have contributed to the accident, take their picture and those of any road condition that may also have played a role in what happened.

Don’t put off getting checked out by a doctor

Any injuries that you may have sustained during the accident need to be seen to right away. If you let a long time go by, it may be difficult to prove that they are related to the accident. Also, you don’t want to let any injuries go unattended, your health matters.

Don’t put yourself in a precarious position by saying things that may come back to hurt you. Get in touch with an auto accident lawyer who will review your case in a free consultation and advise you on the best course of action. And you won’t have to pay anything out of pocket unless you get favorable results.