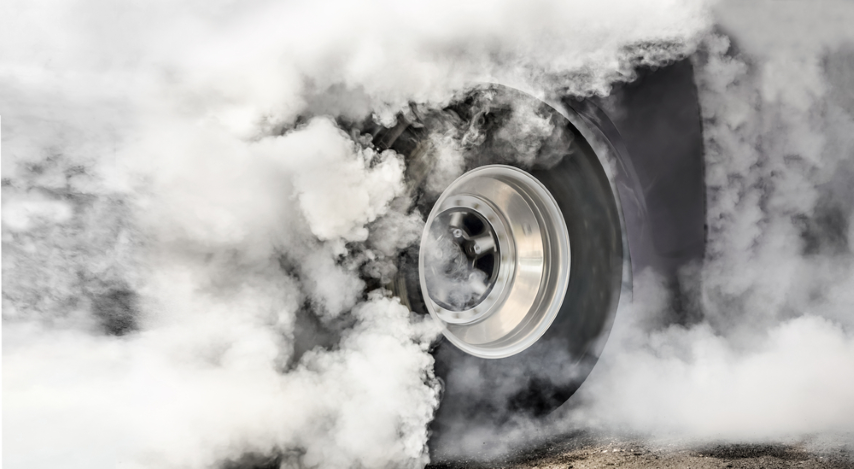 Born in Illinois on July 4th, 1990, Jackie Braasch is a professional car racer, and one of the original members of Car Chix, a motorsports organization that holds the flag for women racers. Car Chix pushes those gender boundaries, driving to create a level playing field, and being a typical Cancerian, Braasch is more than capable of showing just what women can do when they are determined!

However, before we move on to more details about her current life, let’s go back into her childhood, where she fell in love with cars because of her father. He worked in a garage, taught his daughter how to drive, and fully supported her decision to try her hand at professional racing. First, she became part of the Junior Dragster, the division for children. This gave Braasch the opportunity to race in competitions like Super Pro, Rocket Brand Race, and Fuel Bracket Series. That streak of independence and courage came alive when she drove her full-sized dragster when she was just 17 years old. You can read more about Jackie Braasch’s racing career here.

Her talent and dedication made her an accomplished driver, and she won many competitions, become a Car Chix Girl in May 2015. A year earlier, she had finished 12th in the Drag Race, Car Chix – Ladies Only, and her successes just keep on rolling in, with no signs that they will stop anytime soon.

While being a successful race car driver is a tough career choice that many would find challenging, Braasch also possesses the sensitivity and patience to hold down a job as a pre-school teacher. To be honest, either role would be difficult, but for Braasch to have the talent to start kids out in the right way, before smoking her way around a race track, makes her a pretty unique cookie in our book, and it’s something her pupils can aspire to.

She also ably demonstrates her caring side by being a great advocate for animals, and is passionate about fighting animal cruelty. Her two pet dogs, being part of the family,  are spoilt rotten – she is devoted to them, and them to her.

Her fame increased even more when she started dating the famous Justin Shearer a.k.a. Big Chief, another famous car racer who was part of the Discovery Channel’s Street Outlaws. Shearer started dating Braasch after his divorce from Allicia, a marriage that lasted for more than a decade, and produced two much loved kids. However, Braasch was facing backlash after being accused of dating Shearer whilst he was still married, and thereby causing the break up of a family. The cause of much upset and arguments at the time, these early relationship troubles   are now a thing of the past, and fans of the couple are hoping that they will tie the knot one day. It remains to be seen if and when Justin Shearer will get down on one knee and propose to the gorgeous blonde, and of course, whether her famous streak of independence will allow her to say yes! We’re pretty sure that when she does consent, Shearer will need to keep his wits about him with this feisty lady.

The American stunner is 5’2’’ tall and has an enviably athletic figure, and thanks to her beautiful blonde hair she can certainly stand out in a crowd. Her weight is thought to be around 135 lbs. When it comes to her net worth, there isn’t much information to be found since she tends to keep that side of her life private, but a fair assessment would be that her net worth is around $1 million. For a woman that is only 29 years old, she has managed to make a lot of money, and her bank balance is set to carry on growing, with many more wins and media appearances on the cards.

While the majority of people involved in the sports industry love to be the center of attention and revel in their successes – social media and fan sites echoing with their wins, gossip about their private lives and who said what, Braasch keeps herself to herself. Her media appearances, at the moment are few and far between, but these are bound to increase, with the celeb culture wanting to know everything. One thing is for sure, though, Braasch will handle it all like she does every part of her life – with courage, patience and drive!