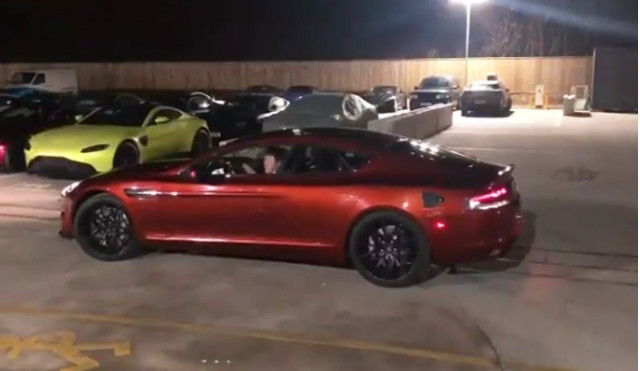 To chase down criminals in a new carbon-constrained era, Agent 007 will need a new kind of Q Ship. But he won’t stray far from the royal stable.

Introducing the latest, kinder, gentler, reportedly less misogynistic Bond: James Bond, and his new all-electric Aston Martin RapideE, which will appear in the new movie with the working title “Shatterhand,” likely to be released next year. Actor Daniel Craig, who returns as Bond, may be the first person outside Aston Martin to have a crack at driving the new RapideE.

After a string of six other Aston Martins in his films through the years, Bond is moving up in the world with the latest sleek four-door electric sedan from the custom British automaker.

One movie insider told the British Sun newspaper that the decision was spearheaded by the director of the next Bond film, Cari Joji Fukunaga, who is trying to craft Bond into an updated, greener, and more sympathetic character.

There’s no word yet on what crazy gadgets Bond’s new Aston will have, but Sun sources assure readers it will have plenty.

What we do know is that the RapideE will have plenty of power, with more than 600 horsepower and 700 pound-feet of torque that should deliver 0-60 mph acceleration in the range of 4 seconds. Its 800-volt battery tech should allow charging to 80 percent in 15 minutes, and with 65 kilowatt-hours of capacity on board, should be deliver a range of about 200 miles.

DON’T MISS: Aston Martin may be first with 800-volt charging

Aston Martin says it will produce 155 of the cars for about $330,000 as 2020 models before it begins focusing its efforts on its even-higher-end Lagonda brand.

The car made its first foray under its own power in January in a video tweet by Aston CEO Andy Palmer.

A moment of @astonmartin history. First Validation Prototype Aston Martin RapideE moves under its own power for the very first time with its breakthrough 800v battery. Great work from the development team which includes Williams Engineering. pic.twitter.com/b2mRaeCsNP